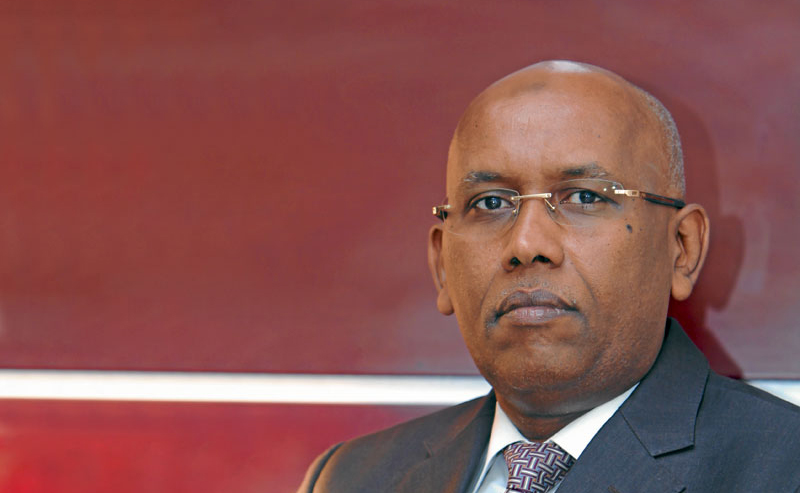 Djibouti (HAN) May 15th, 2017 – Public Diplomacy & Regional investment. By. MARTIN SEEMUNGA for pbs. Djibouti, a tiny country in Northeast Africa, the former French Somali-Coast, is situated at the gateway to the Suez Canal -North of Somalia, one of the world’s busiest shipping routes.

While its location is an economic commodity for a country that’s half unemployed, it also puts it at the center of a multinational fight against pirates in Somalia and terrorist groups. NewsHour Weekend Special Correspondent Martin Seemungal reports on foreign nations’ interests in Djibouti.

Djibouti is one of the hottest, driest, places on Earth. Vast areas are semi-arid desert. There are no natural resources. The official unemployment rate is 50 percent. Life for many is difficult.

But Djibouti does have one very valuable asset — its location.

Where the Red Sea meets the Gulf of Aden. A crossroads to the Suez Canal, the Persian Gulf, the Indian Ocean, and the East African coast. Strategic for countries from all over the world that have military outposts here.

Entering Djibouti’s oldest port, you get the first glimpse of the country’s main industry. That enormous ship and a dockside full of containers has been the blueprint for its economy since gaining independence from France in 1977.

This port was built by the French decades ago. It has served Djibouti well, establishing this tiny nation as a player in the shipping world. But it simply isn’t big enough to meet the ever growing demand…and Djibouti’s ambitions.

ILYAS DAWALEH: In our vision, from the east coast of Africa, Djibouti must and should remain the largest and the most sophisticated service center in terms of international shipping.

MARTIN SEEMUNGAL: Djibouti’s second port opened nine years ago and now handles nearly two million tons of container cargo a year. Seeing this makes it easy to understand why shipping accounts for 80 percent of the economy.

But an even bigger, newly constructed, port is getting ready to open. It’s considered one of the most advanced ports in the world. Those cranes represent the latest container lifting technology.

ILYAS DAWALEH: Very, very, very, important. And we can even consider it really a game changer partner.

MARTIN SEEMUNGAL: Djibouti’s dream is to become for East Africa what Singapore is in Southeast Asia — a shipping and financial powerhouse.

ABDIRAHMAN AHMED: When that vision started in 2000, a lot of people they were kind of laughing.

MARTIN SEEMUNGAL: Abdirahman Ahmed is an entrepreneur with a focus on renewable energy. He’s studied and worked abroad, but he’s come home.

ABDIRAHMAN AHMED: 15 or 17 years later, then more and more people are now believing in it, and they are saying, yes, it is feasible, and it is possible.

MARTIN SEEMUNGAL: Djibouti’s location puts it at the center of a multinational fight against pirates based in neighboring Somalia…and in the war on terrorism.

Since 9/11 the United States has continually expanded its troop presence to fight Islamic extremists in the region.

The U.S. combined Joint Task Force for the Horn of Africa is the main American unit stationed at a former French colonial military installation.

Camp Lemonnier is the only U.S. military base on the entire continent of Africa and it is a critical foothold in a particularly unstable part of Africa. It is home to anywhere between two-and-three- thousand American military personnel.

The number of U.S. troops deployed here has tripled in the past 15 years, as the base expanded to more than 600 acres…the Pentagon is now spending 140 million dollars a year in Djibouti.

Navy Captain James Black is the base commander.

CAPTAIN JAMES BLACK: I describe it as a landlocked aircraft carrier or a landlocked amphib. We are self-contained, do our own water, our own electricity. Feed our own people.

MARTIN SEEMUNGAL: For security reasons, Americans are not allowed to leave the base. The tour of duty here is anywhere from nine months to a year. And it’s hot all year, averaging 105 degrees in summer. Some of the amenities help: A gym. Subway is here. There’s a small movie theater and a U.S. post office.

The week after the Mattis visit, a ceremony at Camp Lemonnier illustrated just how many other nations also have a military presence in Djibouti. France, Italy, and Japan have bases here. In all, Djibouti collects about 150 million dollars a year in rent.

Now, add China to the list. To protect its economic interests in the region, China is building its first overseas military base here, on track to be completed this year. That’s a Chinese navy frigate in Djibouti’s harbor. The Chinese base will be just seven miles north of where the Americans are.

MAHAMOUD ALI YOUSSOUF: Some friends came to tell us, you know, there might be conflicting interests between China and the United States and other countries. But we responded quickly, saying that our motivation is mainly to assist and help friendly countries to protect their interests.

MARTIN SEEMUNGAL: China will pay Djibouti 100 million dollars annually to use the property. From the air, you can see a jetty, helicopter pad, at least 20 large buildings on a 90 acre plot.

There are rumors, on the street and in diplomatic circles, that eventually as many as 10-thousand Chinese soldiers will be deployed here.

MAHAMOUD ALI YOUSSOUF: I always say, that’s fake news. Our agreement is very clear. Few hundreds, jetty, and so on. I mean, there is no such big naval force presence in Djibouti.

MARTIN SEEMUNGAL: However large it becomes, the Chinese military presence does not appear to be a concern to the American Commander at Camp Lemonnier.

CAPTAIN JAMES BLACK: The few times that I have that I’ve personally interacted with the Chinese, they’ve been extremely professional. My personnel are extremely professional, and we’re all here in a small space trying to advance our nation’s and our worlds interests together. And so we’re looking for opportunities to cooperate.

MARTIN SEEMUNGAL: Despite all those bases and the booming shipping industry, many people living in impoverished areas, like Balaba, outside the capital, see very few benefits themselves.

Shemis Mohammed, who shares a shack with her seven grandchildren, says she and her daughter cannot find work.

SHEMIS MOHAMMED: There is development going on, she says, but if you don’t know someone in a position to help, you cannot get a job.

MARTIN SEEMUNGAL: The government estimates it will take at least another 20 years to see any significant change.

In that original port — with the big container ship and the Chinese frigate — Djibouti envisions a vibrant waterfront with hotels and a convention center — a magnet for tourism. It wants more cruise ships than warships.