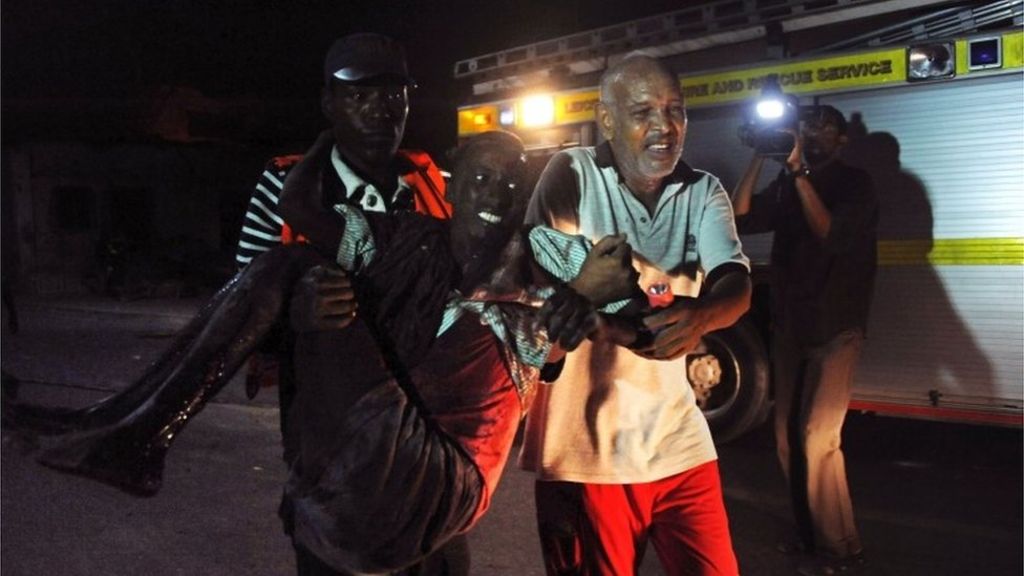 Mogadishu (HAN) February 27, 2016 – Public Diplomacy and Regional Stability Initiatives News. Up to 20 people have died and scores injured in an explosion in downtown Mogadishu that occurred at around 7.45 pm on Friday evening.

The blast is believed to have been triggered by vehicle loaded with explosive materials.

A smaller explosion occurred about half an hour later.

Information outlets of Al-Shabaab, the Al-Qaeda linked jihadist group, re-stated that SYL hotel was the target. The information also suggested Al-Shabaab may have carried out the attacks.

This is the third time SYL hotel has come under Al-Shabaab attack. The last time it was targeted was in September 2015.