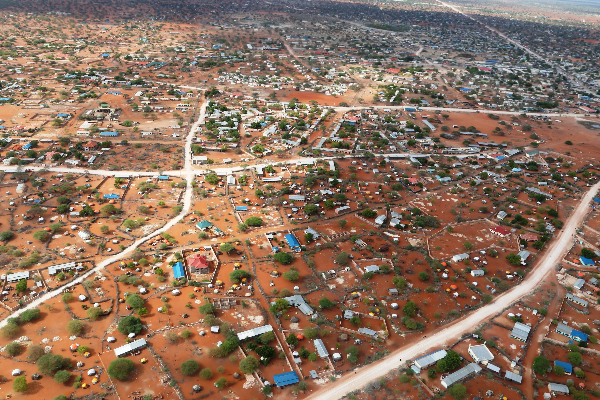 Addis Ababa. (HAN) June 8.2016. Public Diplomacy & Regional Security News.By Ali Sheikh. Wajir South is one of the six constituencies in Wajir County (Wajir South, Wajir North, Wajir West, and Wajir East, Tarbaj and Eldas). It’s believed that Wajir South held the first Member of Parliament (MP) election on the basis of one man one vote in 1963— a year before Kenya joins the free and independent world as a sovereign state. The first elected Member of Parliament from Wajir South constituency made it to the August house through the KANU party ticket.

The KANU party later won the majority seats i.e. 83 out of the 124 then seats and subsequently formed the shadow government that later led Kenyans to full independence in 1964.  Since then, the political election and representation in this constituency was largely based on inter-clans alliance and single erythematic majority in the event of disastrous political polarization in the likely event of coming up numerous individual candidates from the same clan. As a result, the sift political trend in Wajir South constituency proved an improbable occasion for a single clan to dominate the contentious political seat for two consecutive terms───that is, a political span of ten years ever since independence, safe Abdirahman Olow−the current senator of Wajir County who served a full term (from 2002 to 2007) and half term from 2008-2009 after which he was ousted in the course of court nullification as a result of predisposition irregularity in his election.

The first MP officially elected in Wajir South in 1963 was late Hon. Ahmed Abdi Ogle followed by late Hon. Abdi Ali Hirsi in 1969. Both of these two leaders hail from the two major clans dominating to date Wajir South political showground (Makabul and Mohamed Subeer). Although Makabul and Mohamed Subeer clans─ both of Ogaden progeny takes the conscious care of the political punch-card in the constituency, by the same token, the Bahgerri clan (Ogaden) made to the August House (Kenya parliament) through Hon. Mohamed Mohamud Sirat a.k.a. Dayow on by-election just to serve the better part of Abdirahman Olwo’s second term (2010-2012), consequently, as fate would have it, Hon. Dayow become the first MP from Bahgerri clan ever since the erection of the political antiquity in Wajir South. Though the Bahgerri clan could make the third inhabitant, nonetheless they usually prefer to camp-up with Mohammed Subeer’s political candidate on the loosely muddled passion of “Baahale coalition” in attempt to make astonishing political clean-sweep in the unlikely event of the (Makabul clan) agreeing in solidarity-urge on single candidate to contest for the seat. Baahale political business in Wajir South is a seasonal coalition that binds Mohamed Subeer and Bahgerri against Makabul clan and normally ends with election wind.

In Wajir South, when a general election ends, next aspirant campaign would start up until the next general election take-off. In every pseudo gathering, people would talk about politics; progressively more women in the constituency are apparently much more motivated than men politicians these days. For those who aspire to vie for Wajir South seat need to take concession with the facts on the ground, that is, “how wide your pocket is opened.” Wajir South is the largest and counts as the most populated constituency of what used to be Wajir district, not only that, it has the largest livestock population and in return, it’s the most nonaggressive and stable constituency in the county. For quite long time, Wajir South constituency grieved by the niceties of unequal political take that befall in the county, in that, more than two occasions Wajir district experienced gradual increment of constituencies; the first constituency split took place in 1997 and was etched off Wajir West constituency letting alone to form W. East constituency just for the Degodia clan to give a break Ajurran seat on the North. The second split of constituency in Wajir County took place in 2010/2011 which has increased Wajir County parliamentary seats from four to six. The addition latter parliamentary seat is again engraved off West and fine part of East constituencies in favour of Dagodia clan. The colonial power in 1912 first created constituencies in Wajir district on major clans’ identity representation, for example, Wajir North was for Ajurran clan, Wajir East was for Degodia and Wajir South was for Ogadens. Even though the unfair political game of the Degodia to choked Ajurran over Wajir North ended with the creation of W. East parliamentary Seat in 1997, still the gubernatorial seat at the county level surprisingly turned to be “no-go-zone” for them.  The political struggle and the lack of candidate consistency to serve more than one term in the August House trundled all hopes for Wajir South constituency’s future split. Likewise, the deficiency with regards to political solidarity among the clans in Wajir South over the unfair creation of new constituencies just because of inflated population data in some quarters relegating the only largest and populated constituency as the odd one out would paint gloomy mark on the future political identity of the Ogaden tribe in Wajir County if the same political polarization continues. 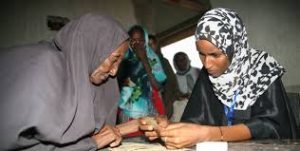 What is more, any member of parliament elected from Wajir South constituency ends his five year term in concentrating on how best to break record to resecure his seat for the next election which hardly occurred according to the known political history of the constituency. Degodia clan now enjoys the passion of four constituencies achieved through high political networking among the elite to make sure that every single sub-clan within the Degodi Sarensor and the Masarre Sarensor parliamentary seat within Wajir county in the coming political years, they don’t worry who lost this election or who wins that election year, all their anxieties fall on who can make every devil dance and compound the benefit for the larger Sarensoor tribal interest.

Unlike Wajir South constituency with with well over thirty five thousand voters, and as fortune would have it becoming the only and extremely populated constituency in the Whole County, but beholden to chronic political diversity and endless inter and intra-clan woes. Such political schism failed them to bargain over their large voters count so as to blackout political dominance of one clan at the county level and instead to tailor political marriage with Ajurran by offering Senator and Deputy gubernatorial Posts while Wajir Southerners go for the governorship.

History has shown that no constituency in Wajir County just grew and enjoyed steady increment of constituency site without experiencing good and selfless political leadership as in the case of Degodia tribe. This is largely because of collective ownership and tribal interest allegiance in the expense of any sitting MP’s personal interest beyond bitterly division of the tribes and polluting the minds of the innocent elders to predispose endless political struggle on each other thereby keeping at bay by all accounts equitable lobby for the constituency split that would have solved the equational pie of political representation as apparently seen in Wajir South. One would think that Wajir South constituency itself and the people (think tank) are the main cause of their political turmoil, but the fact is that, the political problem in Wajir South squarely rest on the shoulders of the politicians/leaders and there is nothing wrong with constituency and her inhabitants.  Commenting on the experience of the Nigerian nation, the renowned novelist, Chinua Achebe, once insisted that the root cause of the Nigerian predicament should be laid directly at the foot of bad leadership. “The trouble with Nigeria,” Achebe argued,

Diverse theories have forwarded different definition with regards to leadership in so many ways that it is hard to come up with a single working definition. However, leadership is all about controlling power of a situation, thus when it comes to Wajir South, it may be defined as a body of politician who should have lead and direct clans towards a shared goal. It may also further denote the ability to lead with integrity, direct and organize the innocent clans without internal or external locus of control with the understanding to pursue the collective constituency right.

This is not erecting political sensationalism, but it gives me the impression that Wajir South politicians/leaders who would have design the destiny of plenty for their people conduct themselves unfortunately like the proverbial donkey that said “O God, after my death let no grass grow.” On the part of the voters, unless they transform political behaviour of subjecting their elect politician/leaders to “touch and go” political term, Wajir South constituency will not be safe from political ridicule and never-ending lay bets over the minor political space that privilege provided them long time ago.

The writer can be reached at Dhagaweyne3@gmail.com