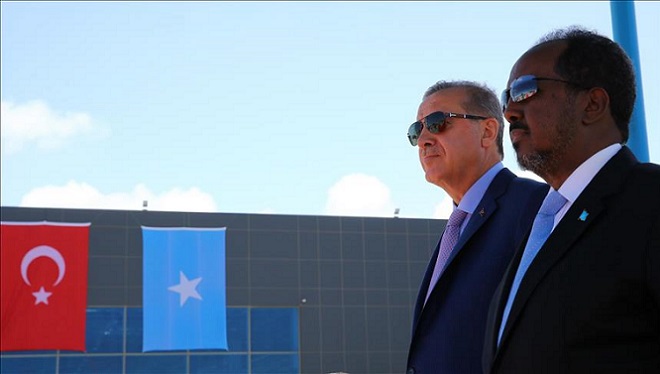 In an interview broadcast on CNBC Africa’s website, Erdogan said:

“I know that there are serious problems in many places in Africa. We will continue to give every support to countries which are suffering from terrorism.”

Erdogan’s remarks came during his visit to Kenya. The Turkish president is on an official visit to several African countries including, Somalia and Uganda.

Noting that Turkey has lost almost 40,000 people in its decades-long fight against the terrorist PKK group, Erdogan said: “We paid a high price to terrorism.”

The PKK – listed as a terrorist organization by Turkey, the U.S. and the EU – resumed its 30-year armed campaign against the Turkish state in July 2015.

Since then, around 500 security personnel, including troops, police officers and village guards have been martyred, and over 4,900 PKK terrorists killed in operations across Turkey and northern Iraq.

Stating that terror did not have religion, race or nation, Erdogan criticized the usage of term ‘Islamic terror’.

“It is not possible to accept this,” Erdogan said, adding that terror groups such as Daesh and Boko Haram were trying to exploit Islam.

“We are against any kind of [terrorism] and as humanity we should be in consensus against international terrorism; we should cooperate on fighting to be successful,” he said.

Terrors groups such as Boko Haram and al-Shabaab are active in some parts of Africa.