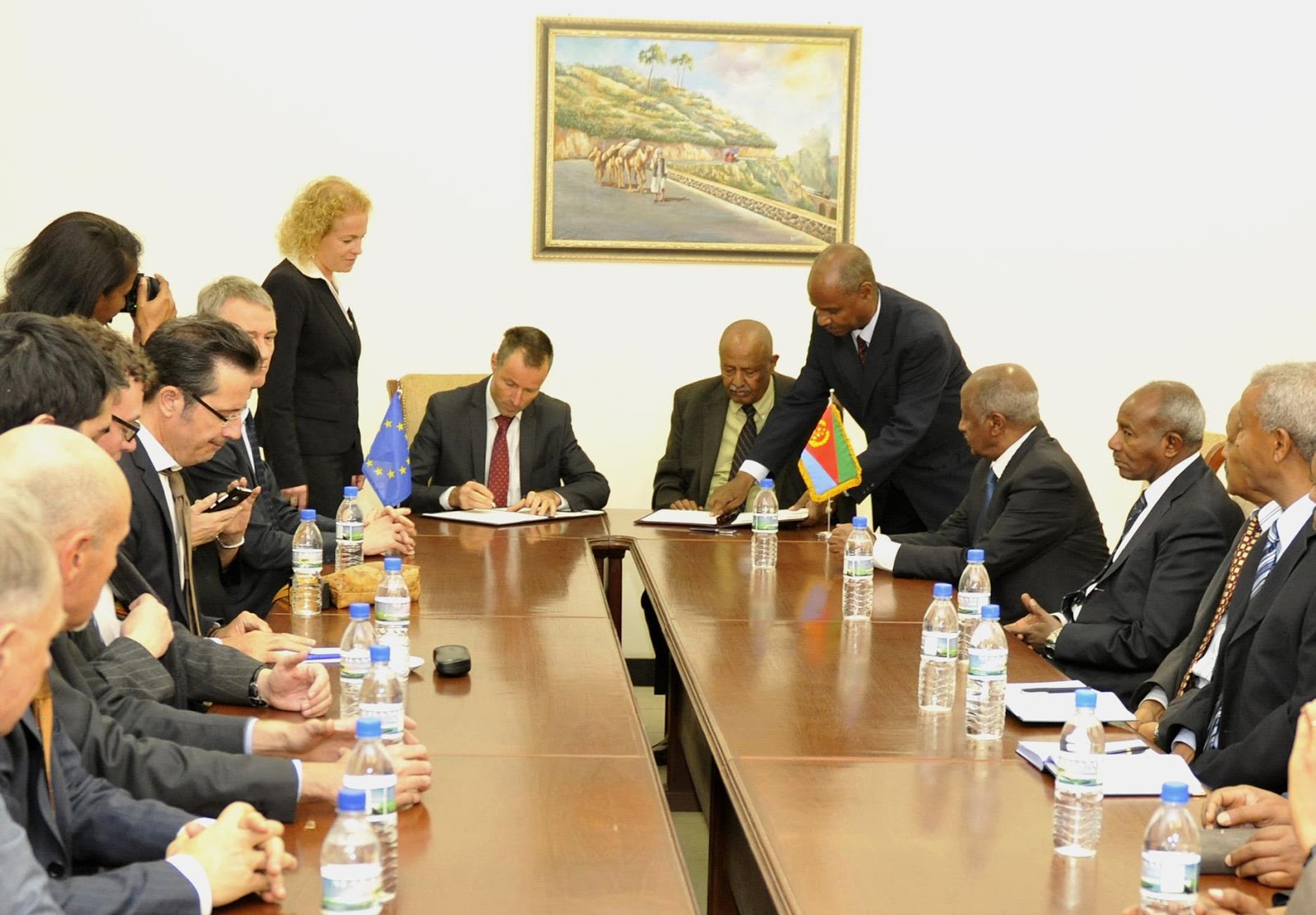 Share on Facebook
Tweet on Twitter
ASMARA (HAN) May 10.2016. Public Diplomacy & Regional Security News. By Mr. Christian Manahl. EU Ambassador to Eritrea. Europe Day, celebrated annually on 9 May, marks the anniversary of French Foreign Minister Robert Schuman’s call on the nations of Europe to unite in order to make war among them impossible. His speech marked the beginning of European integration that eventually led to the creation of today’s European Union. Beginning of May is therefore an apt time to recognise the European Unions’ cooperation not only among its own member states, but with its many partners across the world, including Eritrea, and to celebrate the successes that this cooperation has achieved and will continue to achieve in years come.
The European Commission opened its Delegation in Asmara in 1995, making it one of the first diplomatic missions established in Eritrea following the country’s independence. Over the last 20 years the EU has developed a partnership with Eritrea to help the country face a range of socioeconomic and environmental challenges. The European Union’s partnership with Eritrea is one that is based on mutual understanding and a joint ambition of working towards common long-term interests. The overall objective of EU cooperation with Eritrea is to improve livelihoods of the Eritrean population through poverty reduction and elimination so that Eritrea can achieve sustainable social and economic development.
The main EU instrument for development cooperation with Eritrea is the European Development Fund (EDF). Its funding is provided by voluntary contributions of EU Member States. In the first decade of development cooperation with Eritrea, the European Union and its Member States focused on restoring macroeconomic stability and viability of Eritrea following the devastation during the war of independence. The war with Ethiopia (1998-2000) led to new needs in terms of post-conflict reconstruction, which became the focal area for cooperation during the decade from 2000-2010. In recent years under the 10th EDF, development cooperation has addressed the critical issues of strengthening food security as well as capacity and institution building.
Results and the impact of this cooperation are already being seen.
In the field of energy, the Eritrean government has in the recent years proactively participated in several EU projects in the renewable energy field leading to innovative actions including the supply and installation of stand-alone solar photovoltaic systems in 73 agricultural facilities throughout the country and the construction of two 2,000 m³ LPG storage tanks. Regarding food security, the 40M € programme funded from the 10th EDF is expected to increase the production of high-value crops by up to 10%, improve households’ food security and the livelihoods of several hundreds of thousands of Eritreans.
In the area of governance, the EU provided support to the Office of the Auditor General to promote effectiveness, accountability and transparency of public finance management (PFM) in Eritrea. In the field of public administration, EU cooperation supported activities to upgrade the skills and knowledge of civil servants, public administrators or managers in charge of planning and implementing the priority sectors of national development. In the area of access to justice, the EU has supported the government’s efforts to expand infrastructure and facilities in order to enhance access to justice for the population of Eritrea by improving the services provided by Community Courts. The EU is also working with grassroots organisations and is supporting social dialogue for example with the National Confederation of Eritrean Workers, the National Chamber of Commerce and the Eritrean Women in Agro business Association. To ensure the EU’s support has a long-term impact, the EU is also promoting capacity development at the Ministry of National Development and other government institutions in order to facilitate the implementation of the government’s activities related to development planning and implementation, including the management of EU-funded projects.
Improving access to energy is a critical factor in unlocking economic growth and development in Eritrea and improving the livelihoods of the people. It is for this reason that in January 2016, the Government of the State of Eritrea and the EU signed the National Indicative Program (NIP) for the 11th EDF, which puts a strong emphasis on renewable energy with a view to providing Eritreans with better access to clean, reliable, sustainable and affordable electricity. An envelope of 175M € is intended for improved access to clean, reliable and affordable energy under the new NIP. Eritrea currently has one of the lowest energy consumptions per household in the region and is almost totally reliant on imported oil as a source of modern energy. In addition, the NIP plans cooperation in the area of governance including statistics, economic planning and public finance management, as well as the implementation of recommendations of the UN-led Universal Periodic Review on human rights.
Eritrea’s climate and geographical location mean the country is rich in renewable energy sources. Eritrea enjoys high solar radiation throughout the year, has considerable wind energy potential, particularly in the south, and has the potential to tap into geothermal energy. The potential to increase the generation and availability of energy from renewable sources in Eritrea is significant.
The EU is hopeful that over the next five years and beyond, the programme under the 11th EDF will help Eritrea improve access to energy and support economic planning, and in doing so it will help underpin long-term and sustainable socio-economic development in Eritrea – shifting towards a low carbon economy and supporting the people of Eritrea to lift themselves out of poverty.