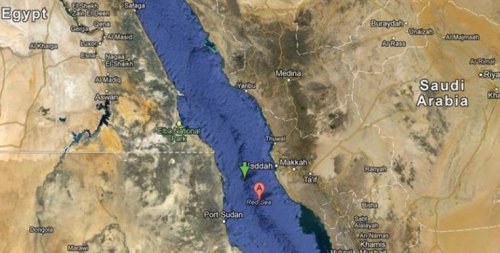 Al-Naimi and his delegation will discuss with his Sudanese counterpart ways to utilize the mineral resources in the Red Sea rift valley, which is known as Atlantis II.

In February 2012, Khartoum and Riyadh signed an agreement on exploring minerals in the joint territorial water in the Red Sea. Atlantis II is dated back to 1970s, but was not implemented due to the lack of suitable exploration technologies at the time.

Sudanese Minister of Minerals, Mohamed Sadig al-Karori, told reporters in Khartoum on Saturday, that the two countries are closely cooperating on minerals exploitation.

“The visit of the Saudi minister to Khartoum aims to strengthen cooperation between the two countries and attracting more Saudi investments to minerals sector in Sudan. This cooperation aims to provide more employment and introducing new mining technologies that would bring added value,” said al-Karori.

Saudi Arabia tops the list of Arab investments in Sudan with over $ 4 billion, and the second-largest Sudan’s trading partner after China.

In addition, the minister said that the discussions will include the activities of the Saudi-Sudanese committee for the joint exploitation of mineral resource in Red sea bed in the common area between the two countries.

In a feasibility study conducted in 2012, Diamond Fields International expected that Saudi Arabia and Sudan will make big profits from the extraction of copper, silver and zinc from Red Sea bed. At the time, it expected to start production in 2014 once technical studies are terminated.

Sudan and Saudi Arabia relations have recently improved after years of tension caused by Sudan-Iran connections. The development of bilateral relation was crowned by Sudan’s participation in the Saudi-led coalition against Houthi militants in Yemen and in the military exercises “Thunder of the North” in Saudi Arabia.