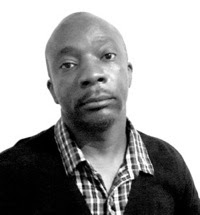 Kambala (HAN) March 17, 2014 – The legalised introduction of genetically modified seeds into Uganda’s ecosystem will go down as one of the most successful cases of policy by stealth in the region, if not the continent as a whole.

Like the organisms in question, the policy process was a subtle but effective mutation of what is supposed to happen, especially when something as far-reaching as this is being proposed.
When and how did being a regional food basket become a policy target for Uganda?

It now seems inevitable that Uganda’s parliament will pass laws that allow organisations – not necessarily Ugandan ones – to make and sell seeds, plants and even farm animals whose fundamental biological make-up has been altered to make them both more reliably productive and the permanent private property of the one who thus modified them.
In short, somebody – not necessarily Ugandan – will be able to acquire the copyright to seeds, plants and animals that will be produced in the country.
With genetically modified organisms (GMOs), we have one of the more literally subterranean debates taking place right now.
It precedes even the highly publicised debate about sexuality, which is a matter that has been wrestled with by parliamentarians and policymakers for a while.
This is not to say that there is no concern among the public. There is.

However, the usual pattern of Ugandan activism – whereby a narrow band of well-meaning specialists engage with government policy wonks and parliamentary committees – means that the broader public has remained somewhat on the outside of the discussion.

Out of touch with farming
To this is added the particularly arcane language of the subject and the fact that many of those in the discussion – as part of an urbanising elite whose long education has alienated them from agricultural life – have little understanding of how farming works on a day-to-day basis.

One can hardly imagine a set of conditions that could make a country more ripe for this type of policy invasion.

Certainly, the fact that GMO technology exists and has applications in industry and medical industries as well as agriculture does mean that a legal framework is needed in every country.
This should not mean, however, that the countries concerned should simply take an uncritically positive view of their use and see them as a cure for many of their development challenges.
As things stand, the activism should really be most concerned with the impact on agriculture.

Uganda remains one of a shrinking number of sub-Saharan countries whose population is still overwhelmingly rural.
What is more, this population tends to be agriculturally autonomous to a greater extent, with farmers living subsistence lives on self-owned smallholdings.
Hovering in the background are a whole series of ‘idea merchants’ in the form of think tanks and lobby groups that – often with plenty of support from global agribusiness interests – have quietly entrenched themselves in the information environment over the past decade.

But we cannot entirely blame them for the skewed nature of the debate or its somewhat subterranean and/or obtuse nature.
Like many African post-colonies, Uganda has a political and intellectual elite who, despite their various mutual antagonisms, are all still under the spell of the ‘we must catch up with the developed countries’ mantra that informed much of independence-era economic planning.

This progressively led to ‘green revolution’ type ambitions combined with policy implementation methods modelled on the efficient brutalities of Joseph Stalin’s Soviet Union.
Central to this thinking has always been the idea that some magic silver bullet should be found to jump start the development process. Being rooted in European Enlightenment thinking, this basically meant looking to science for a solution.
Therefore, the tendency has been to shape and insist on a process that wishes to discuss the matter on its ‘scientific’ and technical merits only, and brush other concerns aside as being romantic.

Charles Kazooba of the Biosciences for Farming in Africa lobby group demonstrated this when he wrote in The Observer newspaper in December 2013:
“The opponents of the bill argue that Uganda has comparative advantage in organic farming. And, supplemented with conventional methods, the country has potential to become a regional food basket. […] Can organic farming single-handedly make us a food basket?
“If you look at the situation without prejudice, much of the debate, both in terms of anti-biotech and organic, is simply based on the naturalistic fallacy – the belief that natural is good and artificial is bad.”

This touches on all the flaws in the organisation of the discussion.

Firstly, when and how did becoming a regional food basket become a policy target for Uganda?
Once you assign yourself the unsolicited role of regional food basket, you will naturally get into the ‘growth-ist’ obsessions with ever bigger yields, produced ever more ‘efficiently.’
This leads you down the garden path of: first, proposals for the displacement of small-scale manual farming in favour of large-scale mechanised agriculture; second, the substitution of indigenous foods with basic types more suited to the regional and global markets; third, the removal of land for home food production; and eventually the need to guarantee the harvests through scientific modification such as GMO technology.

In other words, the entire GMO and biotechnology issue should have been located within the context of a more general debate about the challenge that global agribusiness brings to countries such as Uganda, where, by and large, ordinary people still own, manage and have developed the basic means of agricultural production.
Put knowledge under wraps

To me, this has always seemed analogous with the experience of Massachusetts Institute of Technology alumni Richard Stallman, a pioneer in the development of computer code and its applications who is now a software freedom activist. From the early 1970s, the culture had been one of a collegial exchange of coding ideas and development between fellow geeks and across universities.
Just about all the roots of modern computing, from code to interface with machines are found in this period.
In the early 1980s, that culture was interrupted by a decision the various institutes took to the effect that such sharing was not a good thing and that all work developed in their labs was now the private property of the respective institute.

This came as a profound shock to Stallman. It was as if mathematics itself had been privatised.

Corporate biotechnology now effectively seeks to privatise individual seed types that are descended from human discovery and development through exactly the same kind of sharing, reaching back to the dawn of organised human life.

The late professor Dani Wadada Nabudere, in arguing in the defense of African agricultural value systems, insisted that what is really at stake here is trading the continued viability of African biological systems that have survived for millennia, in favor of something using African soil fertility to produce tradable organisms for a global food market Africans will never control.
Without this perspective, neither those in favour nor those against will be able to come up with a legal framework of real use to Uganda and to Africa. ● the africa report for HAN & Geeska Afrika Online Opinion page on Facebook

HAN Bulletin is your independent, online intelligence resource edited and published by the regional political historian, veteran newsman and founder of www.geeskaafrika.com (Geeska Afrika Online 1985). Each week he taps his vast network of international intelligence sources to bring you credible insights into geo-political and geo-strategic developments for the Horn of Africa. Contact at nurkafi@geeskaafrika.com (Managing Editor/Publisher) 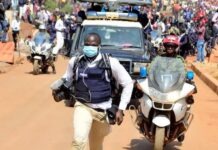