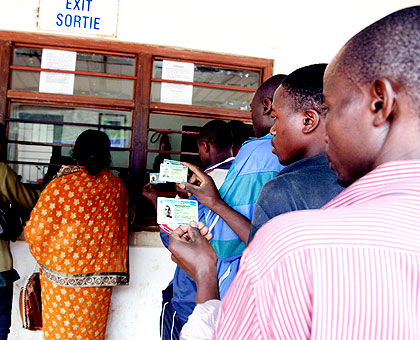 “The commission lacked transparency in its decisions and failed to inform the voters  and contestants on key elements of the electoral process in a timely and comprehensive manner,” the EU said of the Ugandan elections.

The Ugandan Supreme Court, while validating the re-election of President Yoweri Museveni in a petition filed by Amama Mbabazi, also faulted as “gross incompetence and inefficiency” the delay in delivering voting materials to some polling stations in Kampala and Wakiso districts.

Main opposition candidate Kizza Besigye had long before the election and after the polls accused the commission of bias. He argued that the team had a pre-determined result and were unfair to him.

But a 2015 comparative study on East African electoral bodies by the Open Society Foundation said that even with the statutory and institutional changes, there was no guarantee of free and fair elections or the results being accepted by all.

The study used the example of Zanzibar, which though had representatives of the different political parties at polling stations, there were still complaints of bias against the commission from the same political outfits.

The study found that the biggest problems in East African electoral bodies were lack of adequate funding, influence from the state, update of the voters’ registers, and the inability to inspire confidence.

“On the one hand, it faces operational constraints due to limited independence, unclear mandates and inadequate resources unless democratically assigned. On the other, it may lack political influence, which could impede effective performance and acquisition of sufficient funding,” said the comparative analysis of the electoral bodies in five East African nations.

The study said that Kenya had the most detailed process for selection of election managers as well as terms of office that involved a selected team that forwards three names to the president for the chairman’s position and 13 for the other eight commissioners. The nine chosen are then vetted and approved by Parliament.

In Uganda, Rwanda, and Burundi, the commissioners are appointed by the president with the approval of parliament.

Only Kenya has a nine-member electoral team with Burundi, Tanzania, Zanzibar, Uganda and Rwanda all having seven-member teams.