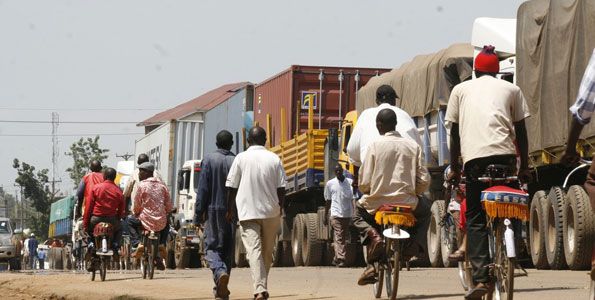 Over last five years, the cost of doing business and the time taken to get goods cleared and transported in the region went down significantly, the Evaluation Report by the multi-donor organisation says.

The cost of transporting a standard 40-foot container from Mombasa to Kigali went down by $1,700 from $6,500 in 2011 to $4,800 in 2015. Transporters and businesses have saved $7 million on the Mombasa-Kigali route alone within the timeline, says the report.

Frank Matsaert, CEO, TradeMark East Africa (TMEA), said that a reduction of these barriers will invariably lead to more trade in the region, which is ultimately TradeMark’s goal, of growing prosperity through trade.

Burundi reduced the time taken to import goods from 43 to 60 days, the highest performance in the region.

Tanzania experienced a 99 per cent reduced time (from five days to one hour) in application and processing of the Electronic Certificates of Origin. Inland transportation from Dar es Salaam to Kigali also dropped to 3.5 days.

“This is a significant milestone in the growth and development of our region. Non-tariff barriers remain a stumbling block in growing prosperity in the EAC region.

TMEA invested around Ksh789 million ($7.89m) in the NTBs project and total programme benefits are expected to be in the range of Ksh3.5 billion to Ksh4.5 billion ($35m to $45m) at constant trade volumes,” he said.

EAC Bound Programme on Elimination of NTBs by the lobby has helped resolve 87 barriers up from 19 resolved in 2010. In the Northern Corridor (Kenya) the number of police checks have gone down while weighbridges have reduced from six to four.

In Uganda, efficiency in dealing with NTBs has also improved after the country introduced a reporting system in July 2014. More than 54 cases have been resolved out of the 64 reported incidents since the system was introduced.

In Tanzania, the number of weighbridges reduced from 15 to eight while road blocks went down from 58 to eight.

The council of ministers can, for instance, recommend to the summit to impose trade sanctions to a partner State “which fails to comply with any directive, decision or recommendations of the Council.”

The Act will, for example, help in dealing with partner countries like Kenya, Rwanda and Tanzania that have the highest reported cases of NTBs and are slow to act.

Despite working towards the elimination of NTBs most partner countries remain guarded about goods getting into or passing through their respective countries.

For instance, the report says that there is a growing discontentment with Tanzania regarding its Food and Drugs Authority which requires EAC companies exporting to the country to register with them first for retesting and re-labelling of products while it is still charging a $200 transit fee on containers with chemical products.

There are no clear guidelines in Kenya to help in the elimination of barriers, the report says.