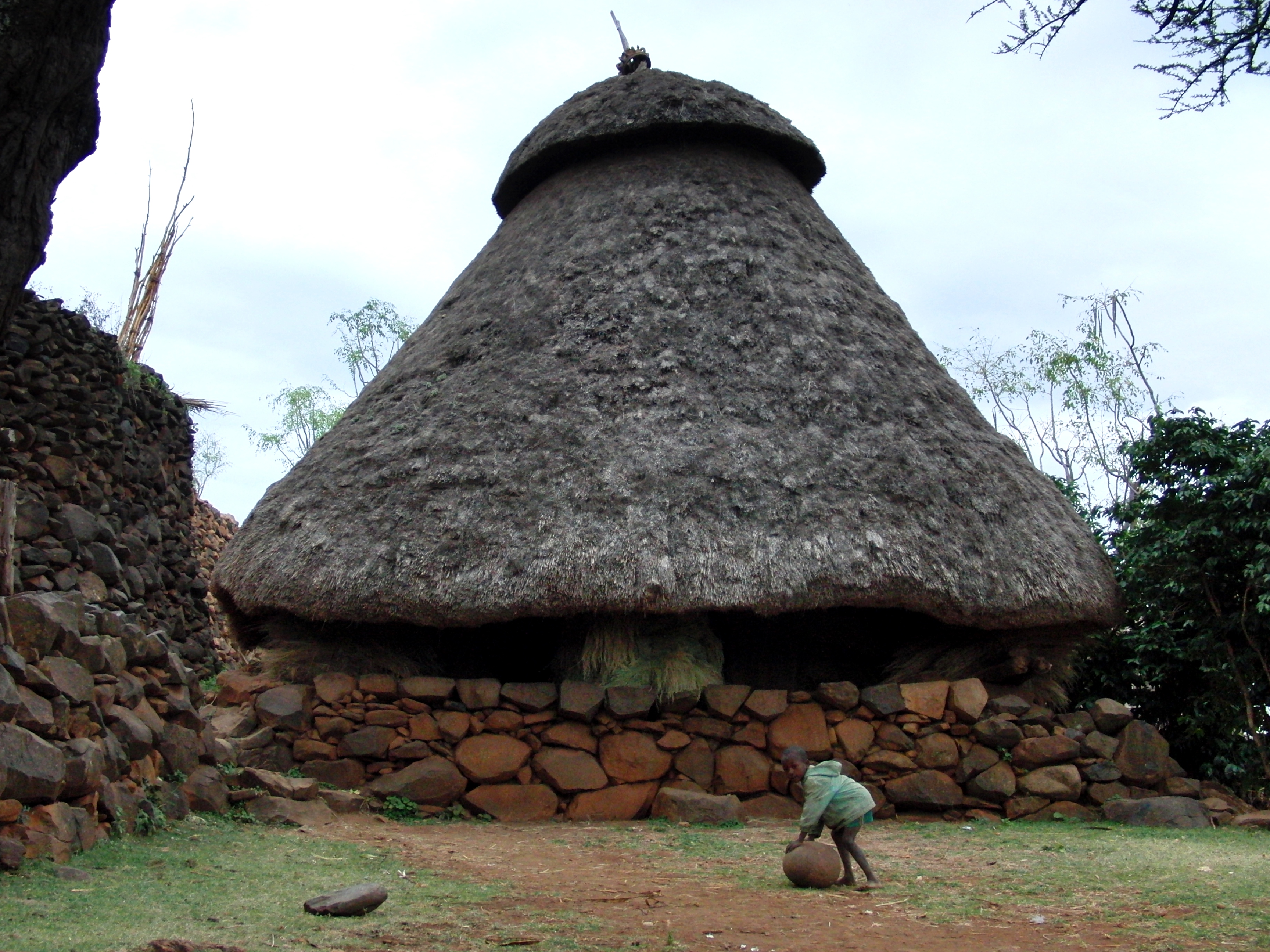 Undoubtedly, Ethiopia is going through nervous times. The much publicized massive anti-government protests by the Oromo, the country’s largest ethnic group, since the last five months reveal the depth and length of the government’s intolerance for dissenting voices.

But unconcerned by a potentially similar response of killing and jailing by the government, the Konso community in Ethiopia’s Southern Nations, Nationalities, and People’s Region (SNNPR), located south of the famous Lake Chamo, have been protesting against the regional administration.

Although the protest has attracted little media attention, the Konso people have staged peaceful protests for ten consecutive months before cal has returned as of end of last month. During the period of protest tension has escalated and deescalated time and again. Several members of the Konso community faced mass arrests, releases, and re-arrests. On Sat. March 5th confrontation between the community and a federal police force resulted in the later firing live bullets against unarmed people, injuring one. Security forces have also detained the chief traditional leader Kalla Gezahegn (who is now released after so much pressure). In jail, Kalla joined several other detainees who were accused of being motivated by outlawed armed groups including the banned Oromo Liberation Front (OLF) and the Patriotic Ginbot 7.

Why were the Konso protesting?

The fundamental cause of the conflict between the regional administration and the Konso Community lies in the making of the newly established Segen Area Peoples Zone in March 2011. In a bid to provide an administrative solution to the recurring quest for self administration and autonomy by the Alle ethnic minority, the regional government granted District (Woreda) status to Alle Community, unifying several districts (Kebeles), which, until then were administered by the Derashe and Konso Special Districts.

It soon appeared that the newly created Alle District needed a linking administrative tier below the regional government to be attached to. (The reason being as a mere district it cannot have direct link with the regional administration). The easiest way out for the then regional authorities was to create a new zone in the region by combining Konso, Derashe, Amaro, and Burji Special Woredas to the newly created Alle Woreda. In haste and without any sort of public consultation, as the Konso People claim, the regional administration created a zone called Segen Area Peoples Zone, with its capital at Gumayde town. The regional government sought to solve the single problem of Alle Community by creating four more problems for other communities.

The creation of the new zone means the demotion of Konso, Derashe, Burji, and Amaro from Special District status to District status, which has budgetary, economic and political implications, Konso being at the worst end point. The combining of these special districts also means the revoking of their constitutional administrative autonomy which they have exercised for the last 20 years.

But for Konso, the problem is not just economic one; it has a political under layer. The base of the zone administration is in the Gumayde town of Konso, which means more Kebeles need to be taken from Konso District to make up yet another administrative tier with the name of Gumayde Town Administration under the zone. The Konso people are vehemently opposed to this move as it arguably impedes their constitutional right to self-administration, and their right to advance their culture, language and national identity, enshrined in the constitution. Thus, from the very beginning the Konso have been exercising a subdued form of protest claiming that it has led to political, administrative, and economic injustices.

Triggers of the latest protest

First, led by traditional clan leaders the Konso people have held several mass rallies between July and October 2015 calling on the regional government to halt the implementation and hold public consultations. Having been angered by the administration’s indifference and refusal to organize public consultations, the elders and prominent community leaders called yet another big rally. On Friday October 9th 2015 more than 50,000 people staged a silent walk through the town.

Second, the elders, following traditional rites, rebuked zonal administration members of Konso origin, declaring their total disrespect for the elders, the community, the culture and even to the constitutional values. They declared to the mass that the zonal government structure and their district collaborators were irrelevant to the community. Since that day a strong peaceful social disobedience is being applied by the community to keep the rogue leaders at bay. The community also called on the district council not to approve the budget for the current Ethiopian Fiscal year, as it is unfairly distributed by the zonal administration.

Third, the mass rally elected a 12 member committee to prepare, submit and follow up a written request to relevant government organs declaring the Konso decision to separate from the Segen Area Peoples Zone and requesting the regional government to grant Konso a zonal status of its own. Elders and representatives then submitted the communities’ request to regional and federal government organs. The sovereign councils in 38 of the 43 Kebele administrations in the district approved the Konso community’s decision to separate from the Segen zone. This was followed by the approval and endorsement of the community’s decision by the principal district government legislative organ, the sovereign district council. The council fully approved the decision to separate from Segen Area Peoples Zone, which is the ultimate precondition for self determination as stated in the regional constitution.

The regional government which hitherto underestimated the depth and breadth of the Konso Protest realized that things were getting out of its hands in the district. In anticipation of yet another large rally, and in a bid to subvert it, the regional government has deployed the regional Special Forces and hastened to make arrests. So far the district police commander, three members of the peoples committee, and the district deputy chief administrator along with a dozen others are placed under police custody.

In reaction to the disproportional state violence, a general strike was staged by schools and government offices. Although several provocations were conducted by the security forces (in one incident at Fasha on Sunday Nov. 15th 2015, for example, the Special Forces randomly fired 200 rounds of tear gas into people’s houses and the market place). However their violence did not beget violence as the community kept its discipline and order.

Following talks between the SNNPR Chief Regional Administrator and the elders from the community, those who were arrested were released and the Special Forces were withdrawn. Offices and schools were also re-opened.

Unfortunately, as of late, the regional government has resorted to more violent tactics by deploying more troops from the regional Special Forces. So far more than 1200 members of the regional Special Forces have been deployed to the district and to stations close to large traditional community settlement compounds, establishing check points at every village entrances, subjecting innocent citizens to daily searches. They have also disarmed the district police and confiscated motorbikes and other property belonging to community members.

On February 28 this year under the pretext of conducting the regular political evaluation, the regional authorities have taken all Konso district cabinet members to Arbaminch city and arrested five of them including Solomon Galita, the district’s chief administrator.

Currently, there remains a high presence of Special Forces in the area creating an atmosphere of fear and tension. Afraid of repercussion including arbitrary beatings and arrests, schools and government offices remain closed and roads are deserted.

Ways out of the impasse?

The Konso people appear to possess a very strong commitment to the Constitutional order. They, in fact, have reaffirmed their commitment in a written statement. However, subversive tactics of the regional and zonal administration which resort to criminalizing genuine demands rather than addressing them properly are highly unlikely to yield positive results. Nor will the use of military means produce a lasting solution. But several members of the Konso community say there are a few things the regional government can do to diffuse the tension and find a lasting solution to the problem.

First and foremost, all those incarcerated without charges and without due process must be released immediately or should be given immediate access to justice. The government should re-arm the district police and should immediately reduce the number or withdraw the Special Forces on the ground. It requires genuine effort on the government’s side to regain public trust.

Second, the regional government must realize that it cannot always continue to be both the referee and the player in the game. It must make itself ready to listen to and understand the community’s genuine constitutional demands. Subversive tactics will only end up widening the rift between the government and the public.

Third, any mediation effort by the zonal administrators, who have lost their traditional statuses in the eyes of the wider community, cannot result in a productive outcome. The Konso are very conservative in that regard; the elders demand respect for their culture.

Fourth, the government should stop recycling and reappointing officials who were once or twice purged by the party for various reasons including corruption and incompetence.

The Konso protests have drawn the SNNPR authorities to a new realm of conflict, a realm of peaceful disobedience which they are not well acquainted with. It has taken more time, resources, and energy, from them. And yet there is no foreseeable end to it. Unless they learn from their failed tactics so far, they will not have the resource, energy and time to deal with such non violent protests if they erupt simultaneously in just two or three of the districts in the region.

ED’s Note: the author is a resident of Konso and member of the community. This commentary was first published on March edition of the magazine.

Since then, according to the author, the following developments have occurred in the area:

“As is rightly recommended in the [article], the government has finally submitted to a peaceful negotiated solution to the problem. The federal government intervened by releasing the chief traditional leader on 21/03/2016 from Arbaminch Prison to hold meeting with community.

“Subsequently, they held a weeklong series of meetings with the community led by SNNP Chief Administrator, Dese Dalke, Federal Police Commissioner, and Defense Ministry representative. They agreed on 12 point issues to be resolved. Nine are agreed upon. Three points, the main political demands of the people remain unresolved. But normalization steps have already started. The community and the regional government are now negotiating on action plans to resolve the issues agreed up on. All the 200 prisoners are released and only four people remain jailed.”