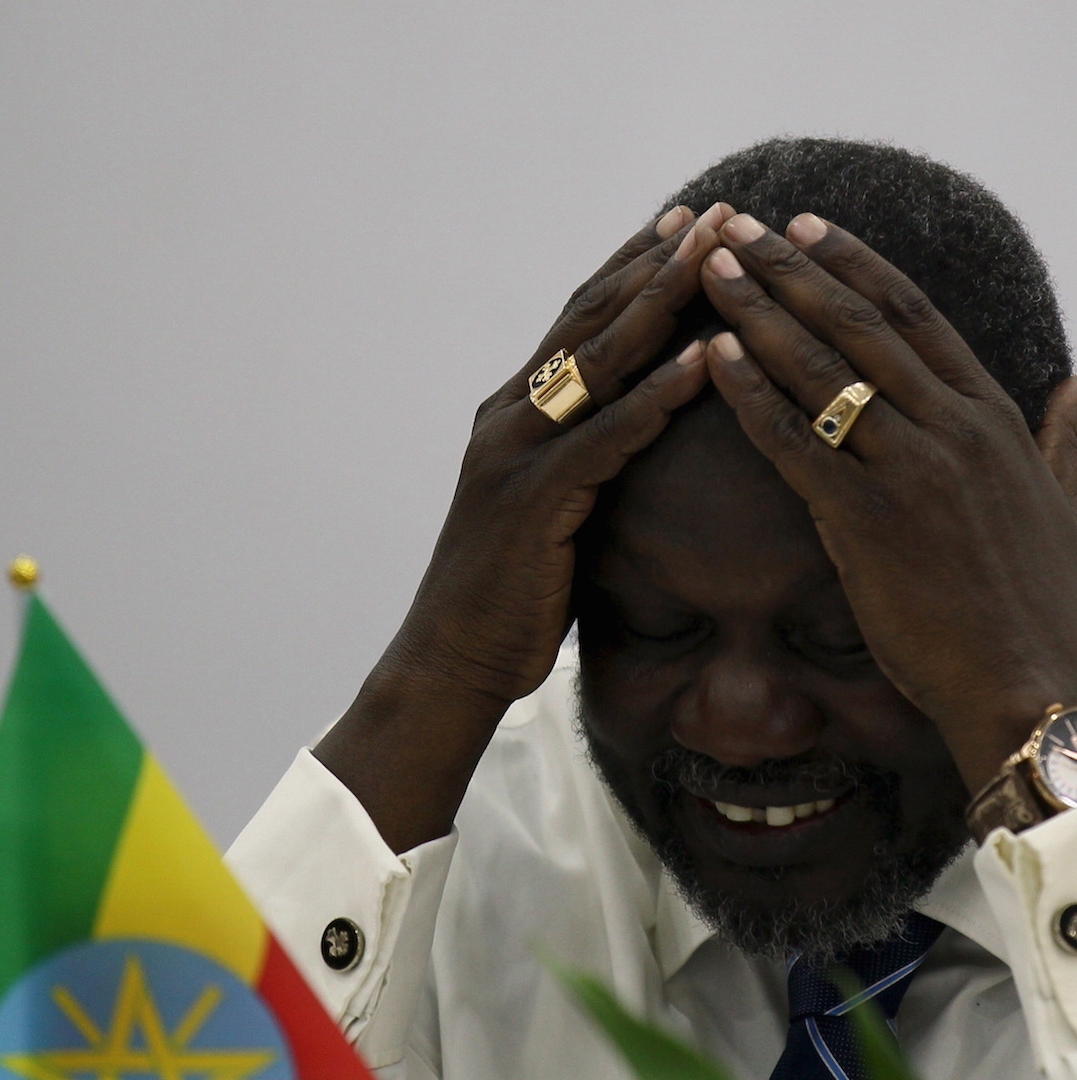 ADDIS ABABA (HAN) April 25, 2016. Public Diplomacy & Regional Security News. By Kayla Ruble. South Sudanese rebel leader Riek Machar is in limbo in the Ethiopian border region of Gambela, where he has been stalled for a week as he awaits clearance to fly to Juba to complete a critical phase of a peace deal between his forces and the government.

Machar, who was dismissed as President Salva Kiir’s vice president in mid-2013 and went on to lead a faction of the national army when civil war broke out months later, had planned to return to Juba, the capital, on April 18. His arrival would have solidified the formation of a unity government in which he is expected reassume the role of first vice president.

Airport clearances and disagreements over how many weapons and people Machar can bring with him have repeatedly delayed the trip. The government claimed last week that it had reached an agreement with Machar concerning some of the disagreements over what could come with him into the country. The rebel leader had hoped to return to Juba by Saturday to meet a deadline that was set by international mediators, but that didn’t happen, with the US slamming both Machar and President Salva Kiir for their roles in the holdup.

In a statement on Sunday night, the US Department of State spokesperson John Kirby said America was disappointed by what it called a failure by both the government and Machar’s Sudan People’s Liberation Movement-in-Opposition in implementing the peace agreement.

“Leaders on both sides have blocked progress,” Kirby said.

Kirby criticized South Sudan’s decision to bar Machar from landing, while also condemning Machar’s desire to bring in a higher number of weapons and forces than the agreement allowed. Previous negotiations determined that he could be accompanied by 195 men armed with AK-47 assault rifles, 20 machine guns, and 20 rocket-propelled grenades.

“Given the actions by both sides to prevent or delay his return, it is now time for the parties to assume primary responsibility for facilitating the return of Riek Machar to Juba,” the statement said.

The State Department also said that future engagement on the part of the US would depend on the ability for both sides to work together in implementing the peace deal. The US is among one of the larger foreign donors in South Sudan, and has been heavily involved in the negotiations.

Soon after Kirby’s statement, the rebels publicly claimed that the US government had revoked funding that was set to provide to cover the costs for Machar’s return. Spokesperson Ezekiel Lol Gatkuoth said they were requesting help from the United Nations after the loss of funds, Bloomberg reported.

“Definitely the transition is on hold unless we have another person that can volunteer to help transport the first vice president,” Gatkuoth said. If the issue were resolved, Machar would reportedly be able to fly out of the Gambela airport by Tuesday.

While Machar’s return remains in question, General Simon Gatwech Dual, the rebel leader’s chief of staff, arrived in Juba with 195 soldiers on Monday — a positive sign that the peace agreement is still viable.

“I am happy that I am in Juba,” Dual declared from the airport in Juba, according to Reuters. “Our coming is to implement the peace process, and we are not going back to war.”