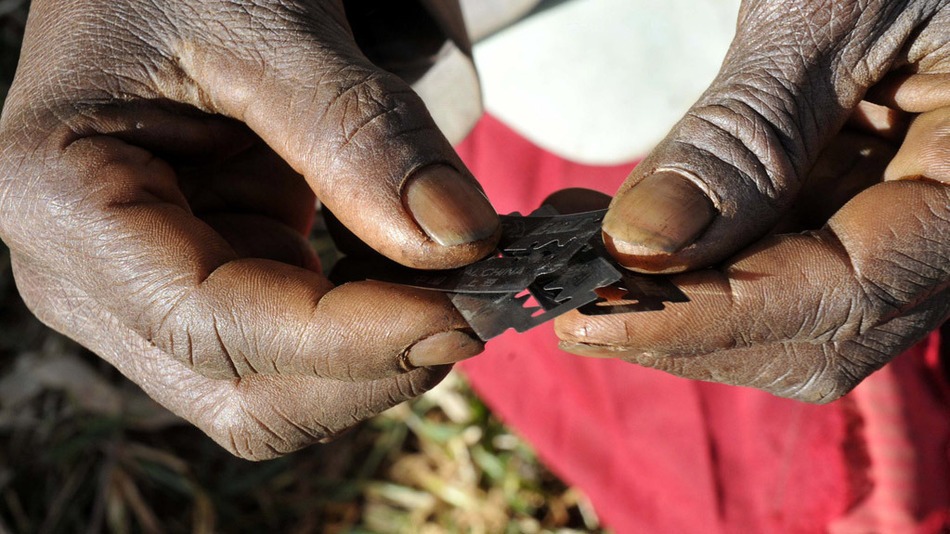 ADDIS ABABA (HAN) April 23, 2016. Public Diplomacy & Regional Security News. Well-known for its traditional method of information sharing called ‘Dagu’ the largely pastoralist community of Afar updates themselves on every piece of information in the vast arid area of the north-eastern Ethiopia. Nowadays, some socio-cultural concerns are posing challenge in the overall socio-economic development of that community. Among which, Female Genital Mutilation and Cutting (FGM/C) remain a big issue there.

In Afar State, an alarming 60 per cent of girls under 14 are subjected to Female Genital Mutilation and Cutting (FGM/C), which place the state second after Somali of Ethiopia, according to the National Welfare and Monitoring Survey, 2011. Like Somali, in Afar, girls are subjected to the extreme form of the practice – infibulation – which involves the total cutting of the genitalia followed by stitching even when they are a fledgling – as little girls as 7 days old.

FGM, aside from causing menstrual and other health complications and hard labour which women face while giving birth, as attendant ills that are directly associated with the genitalia cutting and lack of elasticity, FGM results in the death of babies as traditional birth attendants try to pull the new born out. This is mainly because of the infibulation. After a woman gave birth of hard labour perhaps by undoing the stitch on the genitalia she will be subjected to stitching again and her legs will be tied up to forty days for the stitch to dry.

In order to alleviate this traditional, social and much more of health issue the need for streamlined efforts has been well-understood. Accordingly, Youth For Change Ethiopia, which is part of the global youth-led coalition was launched in 2014 in United Kingdom to ward off the harmful practice in a concerted effort.

Through commitment, the Youth For Change Ethiopia team has displayed a breakthrough in the Afar State in March 2016 through various awareness raising activities that take on board former FGM performers. As a result, three women proved to be role models and champions determined to root out this societal problem in their respective neighbourhood

Of the factors contributing to the practice of FGM in the Afar community, the desire to control women’s sexuality have a strong and positive correlation with the social norm, religion and traditional values takes the major rationale. However, improvement has been observed following the recent efforts made among the community itself. Some have started to consider slight mutilation than infibulation, at least, for they believed mutilation to be ‘Sunna’ in Islamic belief in some community groups. Whereas, in some other community groups some progress is being witnessed. They come to dub infibulation as ‘Haram’ (forbidden) act by the religious elites.

Despite steady reduction of FGM/C rates in the state and also the state being among the first to proclaim the abandonment of practicing FGM, but the move still has loose applicability. Courts pass minor decisions against those who caught practicing FGM. One thing that State officials found difficult these days is that FGM is practiced on the covert and thus there still believed to remain an all round effort to meaningfully reduce and end this harmful traditional practice.

y administrations. Of these, 11 woredas have already announced the abandonment of FGM. The major task has, therefore, become mobilizing and convincing the rest of woredas so that common understanding will be created and consensus will be reached to enforce the possible legal measures at State level, according to officials in the State.

Although it is challenging to work on the issue; the State higher officials, members of the federal parliament have shown their keen interest and commitment to fight the issue supporting the youth-led effort without hesitation.

Ethiopia is making steps towards being a country free of Female Genital Mutilation and Child Early and Forced Marriage in 2025, but also to optimistically cut these practices down to 0.5 per cent by the end of the Second Growth and Transformation (GTP II), 2020. The country’s commitment is well backed up by international support and follow-up mechanisms; national plans in improving systems, resources and services; expanding access to alternatives for both girls and the families and also the enforcement of legislation.

Despite the accelerated efforts and significant progress in reducing the prevalence, Ethiopia is still one of the top 25 countries worst affected by Child Early Forced Marriage and FGM. The Ethiopian government has made several public commitments on the matter. Such commitment was expressed most recently at the Girls Summit in United Kingdom where Deputy Prime Minister Demeke Mekonnen shared the national commitment. The policies and laws in place at the federal level are also in line with Ethiopia’s international commitments. They as well adequately address the issue of FGM and CEFM.

(The author is Co-founder of Youth For Change Ethiopia, a Global youth-led coalition of youth activists working in partnership with governments and organisations to create positive change.)