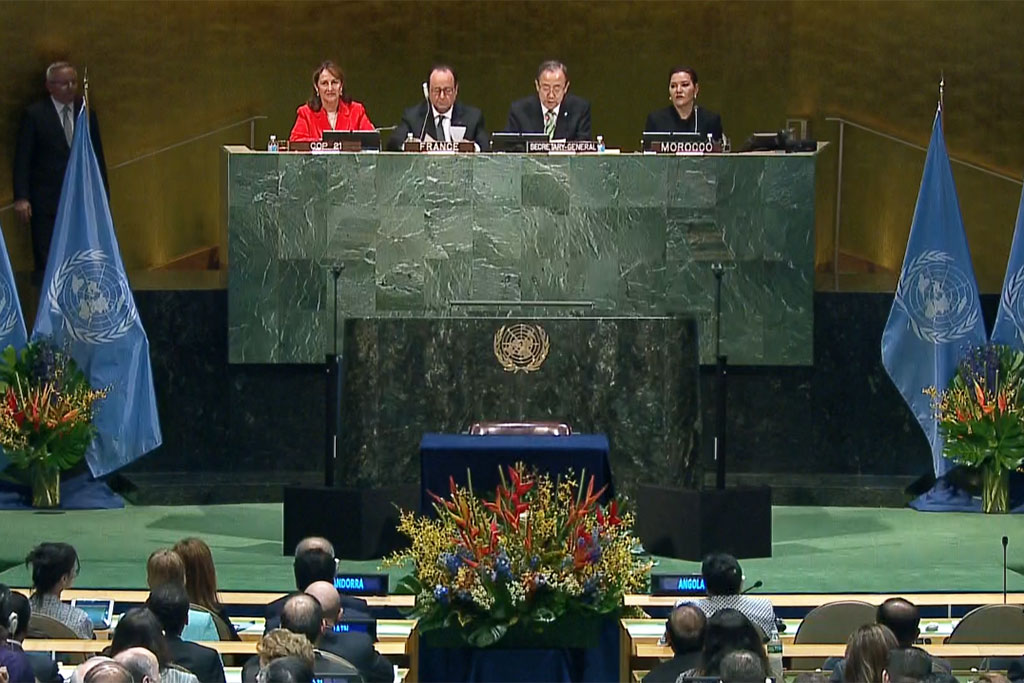 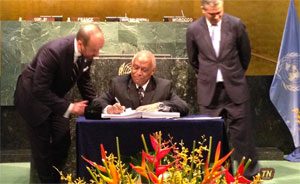 The signing ceremony comes on the heels of a successful adoption of Paris climate deal by 195 countries in Paris on December 12, 2015.

At least 55 countries that account for an estimated 55 percent of the total global greenhouse gas emissions will have to ratify the agreement before it enters into force.