Home frontpage Somalia: “Lessons for Somalia from the Federalism in Switzerland” 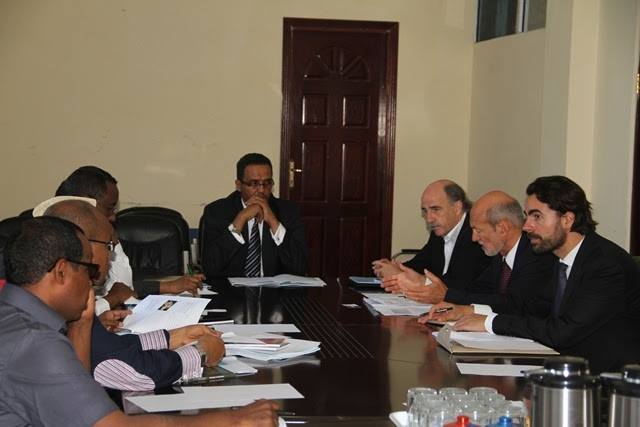 Mogadishu (HAN) October 7, 2015 – Public Diplomacy and CONSTRUCTING TOMORROW’S FEDERALISM Initiative News. The view of Federalism in Switzerland and the role of Switzerland to empower and help ‪Somalia to decide the best option of ‪‎Federalism in the country. Deputy Prime minister of Somalia today met delegates from Switzerland which included Switzerland Ambassador to Somalia, H.E. Dominik Langenbacher and Prof. Iur. Kurt Nuspliger, an expert on Federalism.

Background, Sharing international experience: The Forum’s role and the view of the Canadian Eye on Africa

The Forum obtained two international federal experts for the conference: Dr. Kurt Nuspliger, the Chancellor of the Canton of Bern in Switzerland, and Julian Wuertenberger, the Ministerialrat of the Land of Baden-Wuerttemberg in Germany. Both have had experience as high-level civil servants of constituent units of their respective federations and as politicians from differing political backgrounds (Julian Wuertenberger from the Christian Democratic Party and Kurt Nuspliger from the Socialist Party). Conference participants asked Prof. Kurt Nuspliger about languages rights and the practice of holding referendums and initiatives in Switzerland. Participants asked Dr. Wuertenberger about Germany’s federal system and how the reform process was going to un-block the federal deadlock in Germany’s second chamber, the Bundesrat.

The Forum of Federations runs diverse events around the world, many of which are organized and executed by partner institutions and governments.

Workshops and conferences provide an opportunity for international dialogue and the sharing of ideas. Smaller meetings create a productive environment for the sharing of knowledge and best practices.

Update: The Forum and Policy Foundation will jointly organize a conference on Cooperative Federalism. Other partners in this project are CUTS International, Inter-State Council Secretariat, World Bank and UNDP.