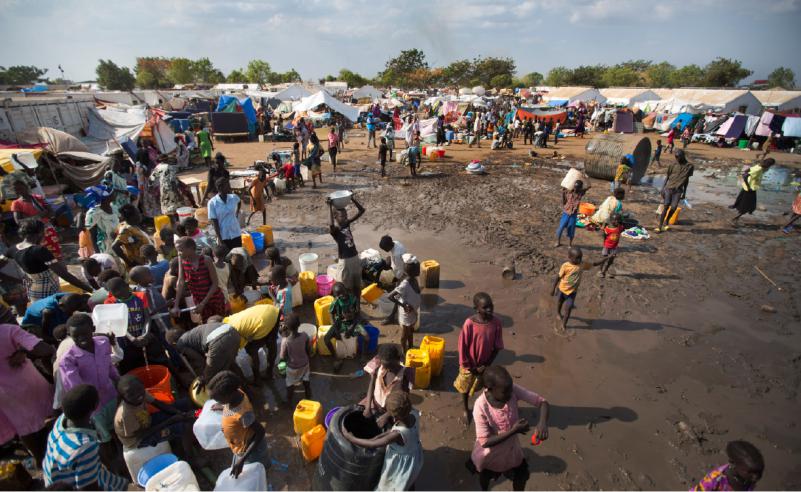 “Until now, Yei has been largely spared from the violence and attacks that have plagued the country since December 2013,” William Spindler, a spokesperson of the Office of the UN High Commissioner for Refugees said Friday.

“This is the first time that the population in Yei – primarily farmers living on commercial and subsistence agriculture – has become a direct target of violence, and on suspicion of their belonging to opposition groups. They urgently need humanitarian assistance,” he added.

Yei is situated in Central Equatoria state, close to South Sudan’s borders with neighbouring Uganda and Democratic Republic of the Congo (DRC).

Sources say more than 30,000 people have been displaced into Yei from surrounding areas, following deadly attacks on civilians and looting of private property on 11 and 13 September. They reportedly joined several thousand others displaced from Lainya county since mid-July, and up to 60,000 town residents who remain in Yei with no means to leave and who are now in as much need as those displaced by the conflict.

UNHCR’s presence there has been limited to providing protection activities and assistance to refugees from neighbouring DRC who live in Yei town and nearby Lasu settlement.

“The security situation in Yei deteriorated rapidly after renewed conflict broke out in Juba in early July and came to a head earlier this month, forcing thousands of civilians to flee their homes,” Spindler said.

Deteriorating security in South Sudan has forced over 200,000 people to flee the country since a fresh fighting broke out around Juba, the capital, on 8 July 2016, bringing the number of South Sudanese refugees in neighbouring nations to over 1 million.

In South Sudan, more than 1.61 million people are reportedly internally displaced and another 261,000 are refugees from Sudan, DRC, Ethiopia and the Central African Republic (CAR).