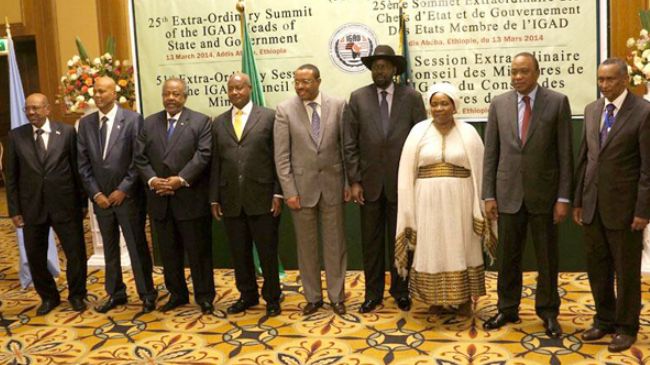 South Sudan’s minister of information says the United States is meddling in South Sudan’s internal affairs by trying to influence the outcome of ongoing peace negotiations.

“In the first place, I don’t know what are the criteria used by him (President Obama) to decide whether X or Y has committed human rights violations or abuses,” Makuei said.

The White House said months of fighting between pro- and anti-government forces in South Sudan threatens “to tear the young nation apart.” It demanded both the government and rebels follow through on peace talks being hosted by the East African bloc IGAD in Addis Ababa.

IGAD zone Archive reports:  In its 2012 human rights report, the U.S. Government said the most serious human rights problems in Somali, Eritrea and South Sudan were security force abuses, including extra-judicial killings, torture, rape, intimidation, and other inhumane treatment of civilians as well as the lack of access to justice.