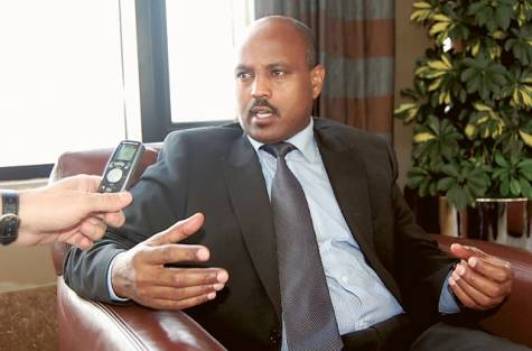 Djibouti (HAN) March 30, 2014 – The Republic of Somaliland is a key player in the Horn of Africa region and IGAD countries are dealing President Silanyo to maintain a strong regional security partnership relationship.

Somaliland government enjoys cordial relations with its IGAD neighbour, according to the Somaliland interior minister, who currently in Djibouti. He said despite security and regional intelligence cooperation, Somaliland delegation various other socio-economic issues for bilateral relations with the president of Djibouti.

According to IGAD2020 regional security Watch group, If Somalia is to achieve stability and success the legitimacy of the government needs to come from the Somali people and not from an outside source. After so many failed attempts, evidence from Somaliland suggests that a locally oriented clan-based approach will be the most likely model to succeed in Somalia, according to  Mr. Kenneth C. Upsall, who is a regional diplomatic schooler graduated in 2013 with a Masters degree in Diplomacy from Norwich University in North-field.

To know his achievements towards stability and success in Somali politics, Click articles by Kenneth C. Upsall . or . Read Article