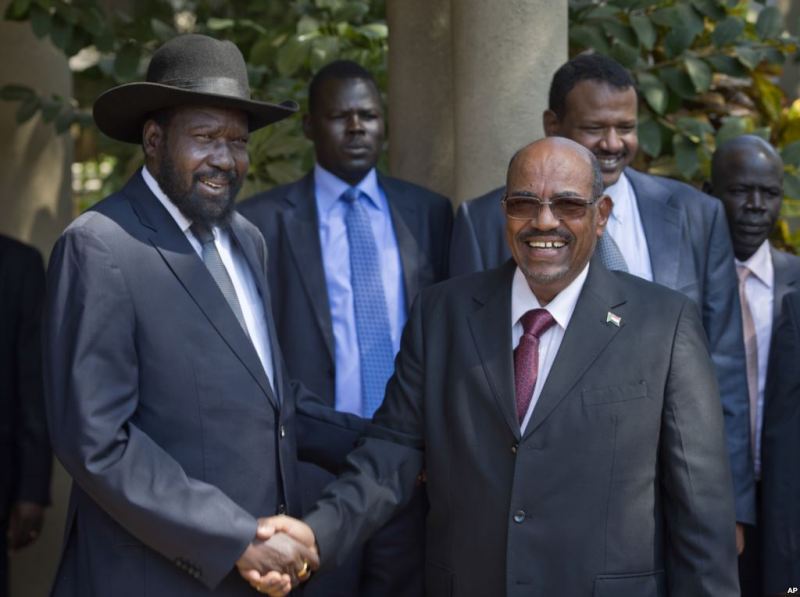 Nairobi (HAN) April 7, 2014 – In 2011, when South Sudan declared independence from Sudan, everyone knew the struggle to build a functioning state would be long and hard. But the new country had important supporters, including the United States, which strongly advocated its independence, gave considerable aid and was ready to work with South Sudan’s leaders as they moved forward and tried to resolve disputes with Sudan over borders and oil resources, which seemed to be the main challenges.

But, this week, Sudanese President Omar al-Bashir met with South Sudan President Salva Kiir to discuss bilateral relations in the wake of a bloody conflict in the south, the official Sudans news agency reported.

After a decades-long fight for independence from the North, South Sudan peacefully broke away from Sudan in 2011. Relations between Juba and Khartoum have been strained since the split and both Sudan have suffered from instability and sporadic violence. Kiir’s government in South Sudan recently faced a challenge from forces loyal to former Vice President Riek Machar. Violence began as a political dispute but has since taken on ethnic dimensions, with tribes attacking each other. The central government in each country blames the other for harboring rebels hostile to them.

The last time the two met was in January, 2014 when Al-Bashir visited Juba soon after the outbreak of violence in the south Sudan. The two Sudan remain bound together by their shared oil industry. South Sudan has most of the region’s oil, but it must pump it through pipelines that run through Sudan. The outbreak of fighting is costing Sudan lost oil revenue.

Al-Bashir said the Saturday visit “has served its purpose” and expressed hope that the coming days would witness full normalization of relations and reopening of common borders between the two countries. He said he and Kiir discussed “cooperation between the two countries for achieving peace and security,” according to both state news agencies.  Read more: The Daily Star and Geeska Afrika Online reports.

Have you been affected by this story? You can share your views and experiences with us, Send your pictures and comments to han@geeskaafrika.com