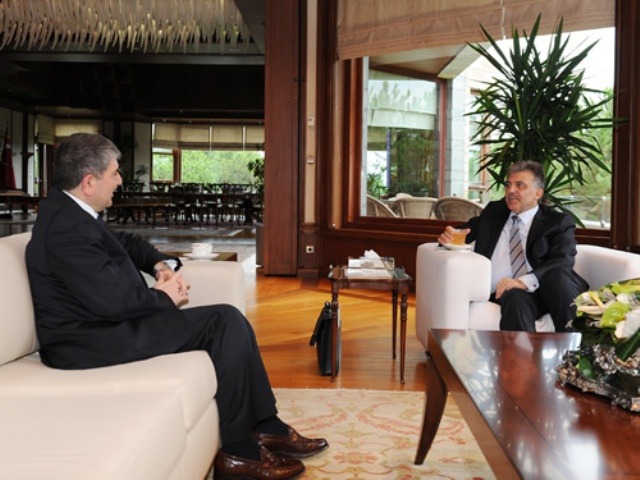 Mogadishu (HAN) April 12, 2014 – The Somali Government and  the UN Special Representative for the Secretary-General for Somalia, Nicholas Kay, has condemned the Embassy attack and stressed that the Turkish Staff and diplomats  “remain determined to support the people and the Government of Somalia in their efforts to strengthen peace, security, and the rule of law.” The Somali President  also said “We extend our deepest condolences to the families and loved ones of those injured in the Turkish Embassy attack.” .

Meanwhile; Turkey government in Istanbul strongly condemned a rocket attack at the construction site of the new Turkish Embassy in Mogadishu on Thursday night which led to the injury of two Turkish workers.

On Thursday, militants fired rockets at the construction site in the Somali capital, hitting a container that houses Turkish workers. The rockets caused a fire in the container, injuring two workers, Recep Keskin and Muhammed Yakup Saraç. The workers were transferred to Ankara for treatment early on Friday morning.

“Turkey strongly condemns the shameful attack against the site of our embassy in Mogadishu. We are expecting the arrest of the perpetrators of this treacherous attack and for them to be brought to justice. Our country will continue to stand with the Somali people in order to contribute to the maintenance of peace and prosperity in Somalia,” said the statement released by the Turkish Foreign Ministry on Friday.

The statement further added that Ministry of Health personnel on duty in Somalia had administered first aid treatment to the injured workers.

However, according to news outlets, the injured workers were first taken to the Turkish aid organization Kimse Yok Mu Association’s Deva Education and Research Hospital. Turkey then dispatched an ambulance plane to Mogadishu to transfer the two workers to Turkey. At around 3:30 a.m., the workers were flown to Ankara and transferred to Ankara Atatürk Research and Training Hospital for treatment.

Turkish Ambassador to Mogadishu Kani Torun said no organization has been linked to the attack.

Another building in front of the Turkish Embassy in Mogadishu was attacked in July of last year.

On July 27, a car loaded with explosives rammed into an office housing Turkish Embassy staff in Mogadishu, the latest in a series of blasts claimed by al-Shabaab, a Somali-based terrorist offshoot of al-Qaeda. One Turkish police officer, Sinan Yılmaz, was among those killed in the attack.

Last year, in mid-April the Turkish Red Crescent (Kızılay) was also the victim of a bomb attack by the al-Shabaab group in Mogadishu and one Kızılay officer of Somali origin was killed, but the attack was not directly aimed at the Turkish organization.

Turkey is a key ally of the Somali government. It places great importance on the integrity of Somalia and pledges to continue its support for the reconciliation, stability, prosperity and development of Somalia. It has led aid efforts to help Somalia, as the fragile country is attempting to rebuild itself after two decades of civil war and lawlessness.  Sources: Today’s Zaman, HAN & Geeska Afrika Online Security Reporter in Mogadishu