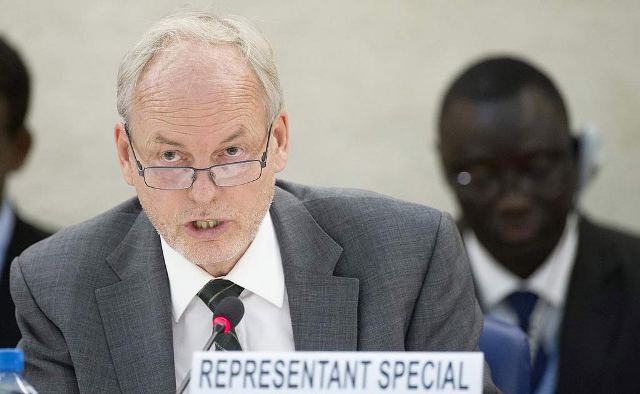 Mogadishu (HAN) April 12, 2014 – In a statement (6975) last year read out by Mark Simmonds, Minister for Africa of the United Kingdom, whose delegation holds the Council’s rotating presidency for the month, the Council underscored the importance of the new Mission, known as UNSOM, quickly establishing a “significant presence” in the Somali capital, Mogadishu, and beyond to support the Federal Government’s peace and reconciliation agenda and plans to strengthen the armed forces and police, rebuild the judiciary, and improve public financial management.

Madam President, Members of the Council,

Thank you for giving me the opportunity to brief the Council from Mogadishu today and for your continued support to Somalia’s peace-building and state-building. I am on the ground in Mogadishu and not with you in

New York due to the intensity of events at this moment.

I hope you understand.

The full text of the statement reads as follows: Click here: Briefing_Security_Council_Somalia