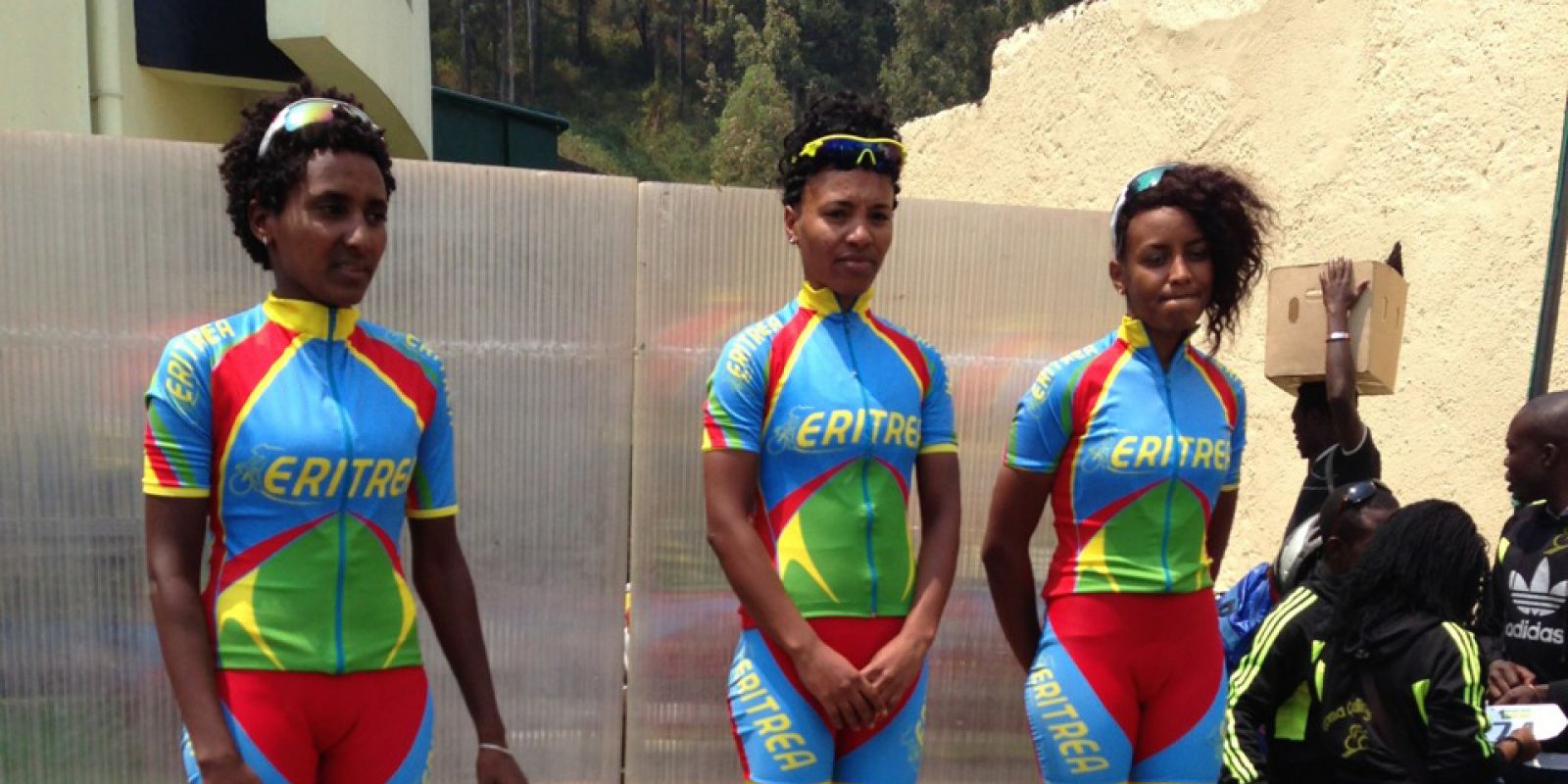 We are pleased to announce a guest rider appearance at the Green Mountain Stage Race in Vermont on 2-5 September, thanks to the Amy D. Foundation race team.

A key element of the Team Africa Rising program is the identification, development and promotion of women’s cycling in Africa.  For the past month, the coaches at our HQ, the Africa Rising Cycling Center (ARCC) and home to the national cycling team of Rwanda, have been working with female cyclists from across East Africa for a month-long, high-altitude training camp.  Fourteen women from Eritrea, Ethiopia and Rwanda have taken part in an intensive training schedule to improve every aspect of their cycling skills, training, diet and preparation.

Yohana Dawit, a 24-year old Eritrean, is one of the most exciting members of this rising tide of female cycling talent. She has been in intensive training with us since mid-July and recently won the Rwandan Race for Culture Cycling Cup on 23 July. Due to the publicity of this high profile victory, Kimberly Coats (the Women’s Program’s Sporting Director) spoke with Michael Engleman of the Mission Sports Group in the US who was keen to connect Team Africa Rising with the US racing scene. They agreed on a guest rider position for Yohana at the famous Green Mountain Stage Race in September, riding for the Amy D. Foundation race team.

When Dan Dombroski, President and Founder of Amy D. Foundation, heard about Yohana he explained: “It’s wonderful to see so much excitement around these African cyclists; we were moved by the potential to help, as it all aligns so well with developments we try to promote through Amy D. Foundation programming.  The invitation of Yohana was a function of circumstances including conversations with Amy D. Foundation board of directors and the Team Africa Rising staff.  Ultimately, our understanding is that Eritrea is supportive of their female cyclists, and so it seemed fitting to invite the Eritrean National Champion.”

This race is a historical marker for our African women’s cycling program. Yohana will become the first female Eritrean cyclist to race at the professional level in the United States. The Green Mountain Stage Race is renowned for launching the careers of global superstars in our sport like Evelyn Stevens, currently representing Team USA in Rio. “Over its 17 year history the Green Mountain Stage Race has played host to many up and coming racers who have gone on to find success on the world stage as both professionals and Olympians. We are very excited to welcome Yohana as she represents the vanguard of African women in bicycle racing.” said Race Director Gary Kessler.  Yohana was thrilled to learn she would be racing in the US: “This is my dream, to become a professional cyclist. I am very happy and I want to show all women in sport in my country and Africa that they can reach their goals no matter how difficult.”

After successfully building a strong Rwandan men’s national team, which now boasts five Rwandan riders on European professional teams, and with a reputation that has spread across world cycling, Team Africa Rising is turning its attention in a major way to African women’s cycling. For female cyclists, the current obstacles in the sport include lack of training, equipment, funding, international races on the continent and the one of the most significant barriers, cultural stigma. Although the odds are stacked against them, they have ridden anyway and are every bit as talented as the men if not more so. The level and potential of talent is truly world-class. Team Africa Rising’s women’s’ program will be the catalyst of change for female cyclists in Africa. Kimberly Coats explains: “This is exactly the breakthrough we need. We are grateful to the team at Amy D. Foundation and look forward to making our presence known to the world of women’s cycling. This is just the first step in an ongoing and exciting process to launch a full team in the near future.”