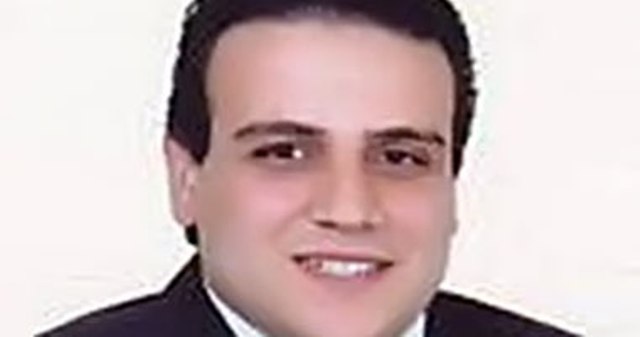 Khartoum (HAN) April 16, 2014 – The whole diplomatic battle regarding the quest for the Nile River in general and the Ethiopian Grand Renaissance Dam in particular between Ethiopia and Egypt has just begun with full swing.

Because of the Dam crisis, Ethiopia and Sudan have agreed to form a joint force along the borders between the two countries at the conclusion of the military technical committee meetings in the presence of both sides’ defense ministers. 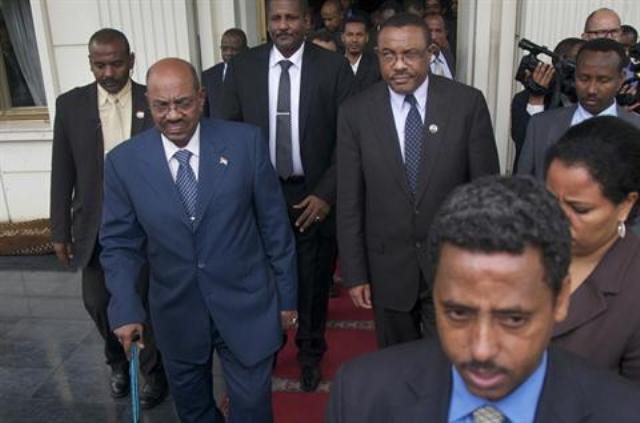 Diplomacy and Nile Archives are One of such agreement and the only one that is relevant for Ethiopia, is the one concluded between Emperor Menelik II of Ethiopia and the British government in 1902. In 1902, London dispatched John Harrington to Addis Ababa to negotiate border and Nile water issues with Emperor Menelik. Article III of the May 15, 1902, Anglo-Ethiopian Treaty, which resulted from the visit, provides:

Again BISHOY RAMZY of Egypt Has His Eye to Say:  Ethiopian-Sudanese rapprochement: To protect the dam or to besiege Egypt?
The Ethiopian government has taken serious steps towards strengthening its relations with Sudan during the recent period, raising controversy over its objectives in doing so.

While some have said that Ethiopia is working to gain Sudanese support for the construction of the Renaissance Dam, others believe that Ethiopia is employing siege tactics towards Egypt in the framework of the current power struggle between the major powers in Africa.

According to the Ethiopian Reporter Newspaper, the Ethiopian government is looking towards introducing a more far-sighted foreign policy, based on partnership with the government and people of Sudan to achieve mutual progress, peace and prosperity.

From conflict to cooperation

Dr. Abdel-Rahman Ibrahim, Deputy Media Advisor of Sudan’s Embassy in Cairo, said that current developments witnessed in Sudan’s relations with Ethiopia come in the context of Sudan’s efforts to improve its relations with its different neighbors, to achieve common interests.

“Sudan decided to turn its strained relations with both Ethiopia and Chad into cooperative relations, due to their notable role to support peace in Sudan, and to contain the internal conflicts there,” Ibrahim told The Cairo Post.

Ethiopia performed a major role in the 1990s to support the armed movements in South Sudan against the central government in Khartoum. The Sudanese government considered the Ethiopian role as a clear threat against its national security.

However, the Sudanese diplomat pointed out that the Ethiopian government changed its hostile approach against Sudan during the recent period, noting that Ethiopia is currently taking a major role in containing the Sudanese conflicts in the Blue Nile State of South Kordofan, and even the differences with South Sudan. He added that the Ethiopian side intervened to resolve the civil conflicts between the Sudanese and African residents in a number of border cities.

The Reporter said in its report, published on April 5, that Ethiopian diplomacy is turning towards the policies of Ethiopia’s historic politician Kinfe Abraham, “Mutual trust is the basis; mutual benefit is the objective; equality is the guarantee; and coordination is the means.”

Further, Ibrahim added, “The Ethiopian-Sudanese rapprochement does not target the interests of any other countries, while we can use our relations with Ethiopia to achieve Egypt’s interests. We can mediate between Egypt and Ethiopia to bridge the gap of difference between the two countries regarding the Renaissance Dam, and achieve mutual interests.”

Sudanese Foreign Minister Ali Karty expressed his country’s readiness to mediate between Egypt and Ethiopia to reach a compromise and resolve the current crisis, during his visit to Egypt in March.

Ayman Shabana, political science professor at the Institute of African Research and Studies at Cairo University, nonetheless rejected the Sudanese initiatives due to their support for the construction of the dam, saying in a previous statement to The Cairo Post, “We need a neutral mediator.”

On the other hand, many experts believe that the recent steps taken by the Ethiopian government come as an attempt not to secure the Ethiopian project of the Renaissance Dam, but to besiege Egypt from its southern borders and to undermine its role in the continent in the future, in the framework of the Ethiopian quest to perform a major role in Africa as a regional power.

Dr. Tarik Fahmy, expert in the African affairs, said that Ethiopia is working toexploit the deterioration witnessed in the relations between Egypt and Sudan during the recent period to provide alternative support to the Sudanese government. He added to The Cairo Post, “The Ethiopian government is working to besiege Egypt through increasing its influence in Sudan and South Sudan.”

Fahmy further noted that the conflict between Egypt and Ethiopia is not limited to the Renaissance Dam, but also extends to competition over the leadership of the continent. He added that the Ethiopian side enjoys the support of a number of international powers, including Italy, Israel and the U.S., to perform a leading role in Africa at the expense of Egypt.

However, Abdel-Rahman Ibrahim strictly denied the allegations over the Ethiopian efforts to target Egypt, saying, “The Ethiopian side does not target Egypt; it works to perform a regional role in the framework of the struggle of power among the regional major powers, including Egypt and South Africa.”

Ambassador Hussein Haridy, Egypt’s former Assistant Foreign Minister, blamed Egypt’s dependence on the U.S. and the E.U. in its foreign policy during the recent decades for the current deterioration witnessed in Egypt’s position in Africa.

He added in a statement to The Cairo Post, “Egypt was highly focused on Middle Eastern issues, at the expense of Africa, which led to the ascent of a number of African powers working to marginalize Egypt, in order to perform a major role in the continent.”

Ethiopia’s former Ambassador to Egypt Ibrahim Idris said in an interview with The Reporter, “The two most important agendas in Egyptian foreign policy are the issue of the Nile and the Middle East. I also observed that there is little debate on the subject of the Nile, and that it is the least controversial issue in Egypt.”

Haridy expressed his skepticism over the role performed by Sudan, in the light of the recent visit conducted by the Sudanese President Omar Hassan Al-Bashir to Addis Ababa. He said, “The current Sudanese regime will not support Egypt’s return to Africa as a major power due to their position from June 30.”

He added that the Sudanese regime is ready to support the Ethiopian attempts to increase its influence at the expense of Egypt, saying that the Egyptian return to its African role will not achieve the Sudanese interests after the ouster of the Muslim Brotherhood‘s regime in Egypt.

However, Ibrahim refuted what he described as the claims over his country’s involvement in a conspiracy against Egypt, saying, “Egypt’s leading position in Africa will serve the interests of Sudan. We view Egypt as an Arab supporter for Sudanese issues.”

Furthermore, the Egyptian Ambassador has previously stated, ”A true revolution must take place to pave the way for restoring Egypt’s position in its continent.” He added that foreign policy should not be based on the foreign aid, and should focus instead on national interests.

Original Article : Ethiopian-Sudanese rapprochement: To protect the dam or to besiege Egypt? published by cairo post