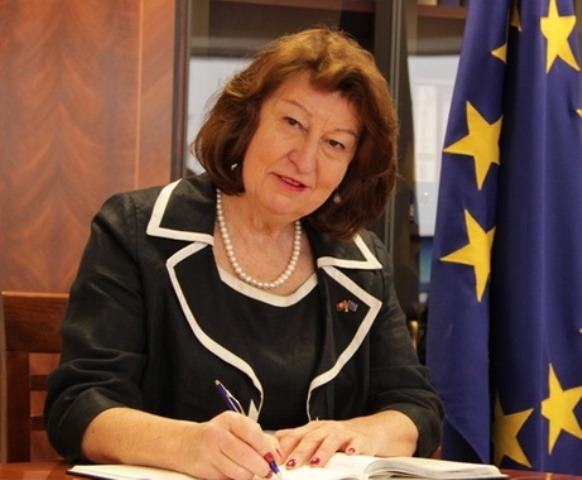 addis abab (HAN) April 15, 2014 The Ethiopia-EU Civil Society Fund II awards 18 grants worth 3.3 million EURO to Ethiopian CSOs. The Ethiopia-European Union Civil Society Fund II (CSF II) awards 18 grants to Ethiopian Civil Society Organisations (CSOs) reinforcing its Ethiopia-European Union commitment in strengthening the capacity of CSOs as key actors of democratic governance and development processes.
The grants will benefit projects focusing on key governance areas, on networks capacity strengthening and on the provision of innovative services in maternal health in emerging regions, and environmental sustainability. Campaigns against Gender Based Violence, promotion of rule of law, human rights education and strengthening community structures for peace building are among the focuses of key governance projects supported. Project beneficiaries in the area of reproductive health in emerging regions will implement innovative activities that address the barriers to service-use (on the demand side) and the technical capacities of local service providers (the supply side). With regard to environmental sustainability, grantees will undertake activities, which are in line with the national Climate- Resilient Green Economy Strategy focusing on strengthening community structures to take lead roles in natural resources management actions at local levels.
The programme is supporting Ethiopian Charities and Societies and Ethiopian Resident organisations at regional and national level. The 18 projects to be implemented by 48 CSOs are spread across all regions of Ethiopia.
Head of the European Union Delegation to Ethiopia, Ambassador Chantal Hebberecht, has declared: “the EU recognises the contribution of Civil Society Organisations to the national development efforts. Under different contexts, they have important roles to play, be it in service delivery or in consolidating and channelling voices of citizens.”
The CSF II programme is a joint initiative of the European Union and the Federal Democratic Republic of Ethiopia, under the 10th European Development Fund (EDF), with a total budget of 12 million Euros in two phases. The purpose of the programme is to increase Civil Society Organisations’ capacity to engage in governance and development activities. CSF II provides grant and non-grant capacity supports for Civil Society Organisations. The CSF II commenced its operation on 1st of October 2012.
The second phase of the Civil Society Fund is one of the flagship programmes of the Ethiopia-European Union cooperation.
The CSF II programme builds upon the predecessor programme CSF I with regard to coordination and cooperation arrangements with key stakeholders including governmental, non-governmental and donor partners.

The Civil Society Fund II (CSF II) program was launched in October 2012 with a total budget of 12 million EUR in two phases. The purpose of the programme is to increase Civil Society Organisations’ (CSOs) capacity to engage in governance and development activities. The programme envisages achieving the following three results:

The CSF II is guided by a Programme Steering Committee (PSC) which includes representatives from the Delegation of the European Union to Ethiopia, the Ethiopian Government and Civil Society Organisations.  The PSC is designed to ensure that the concerns of the three sides are included in the management of the Fund. The PSC meets regularly to discuss issues of concern and to ensure that the CSF II is running smoothly and in line with its stated objectives. The PSC is also part of a wider agenda to increase the level of dialogue between civil society, government and the EU.

The management of the Fund is unique in Ethiopia, which is based on cooperation, dialogue and inclusiveness. The Government of Ethiopia has declared the CSF II funding as “domestic” hereby allowing all categories of organisations according to Proclamation 621/2009 to qualify as potential beneficiaries.

—
HAN & Geeska Afrika Online (1985-2014), the oldest free independent Free Press in the region, brings together top journalists from across the Horn of Africa. Including Ethiopia, Somalia, Eritrea, Sudan, Djibouti, South Sudan, Uganda, Kenya, Oromo, Amhara, Somali, Afar and Harari. Plus, we have daily translations from 150 major news organizations in the Middle East and East African regions. Contact at news@geeskaafrika.com