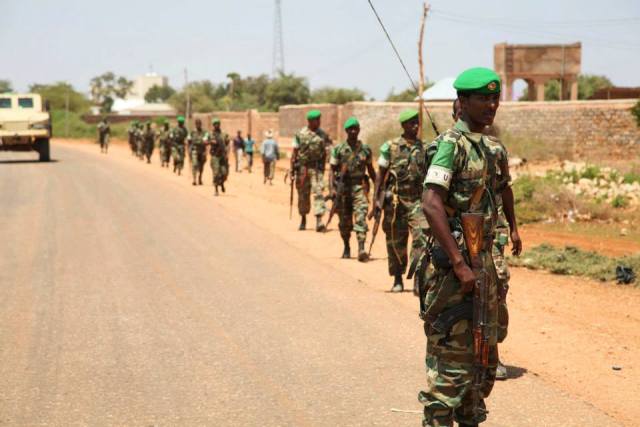 Mogadishu (HAN) April 6, 2014 – Residents of Baidoa came out in huge numbers with Ethiopian forces to participate in a clean-up exercise following days of demonstration that were sparked off by two rival political groups. In the last week, rival supporters of the 3-region federal state and the 6-region federal state burnt old tyres and barricaded streets as tense negotiations continued between the different political players.

On Thursday, Parliamentary Speaker Prof. Mohamed Sheikh Osman Jawari alongside key officials from the local administration and AMISOM led the town’s residents in a clean-up exercise.

Somalia seeks new ways of fighting al-Shabab. Somalia’s government is reaching out to moderate members of al-Shabab with the aim of ending the conflict in the country.

The plan is to engage with Somali nationals in the group.  AU/UN IST News