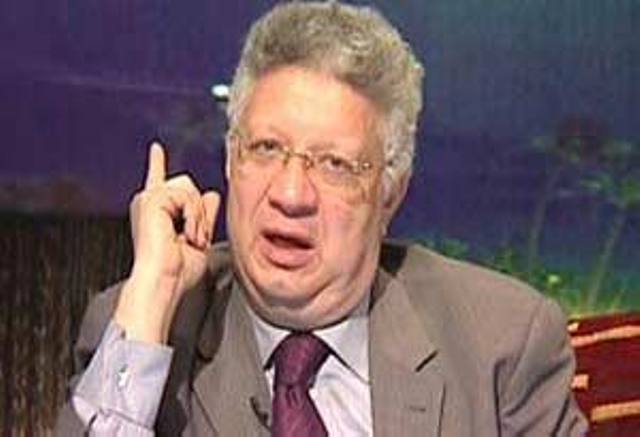 Djibouti (HAN) April 9, 2014 – Presidential hopeful Mansour ‘will declare war on Ethiopia,’ ban alcohol, social media. In a private TV interview, well known lawyer Mortada Mansour shared on Monday his views and plans about the future of Egypt, if he were to become its president. Hopeful presidential candidate Mortada Mansour said he will ban Facebook and Twitter if they threaten the nation’s internal security and declare war on Ethiopia should it maintain its stance on the Renaissance dam. Speaking to TV anchor Amr El-Leithy on the Bewodouh (With Clarity) news show on the privately-owned Al-Hayah TV channel on Monday, Mansour shared his views on protests in Egypt, US aid and the Muslim Brotherhood, among numerous other issues.

He had also intended to contend for the post in the 2011 presidential race, but was disqualified for “unknown reasons,” as he claims.

Elected head of the Zamalek sports club for the third time on 28 March, Mansour has been a controversial figure in Egyptian society since the 1990s, notorious for his rather fiery public statements, as well as a resume replete with contentious lawsuits.

Mansour said during the Monday interview he would cut off US aid if he became president, in order for Egyptians to start working and producing, adding that the aid supports the Camp David peace treaty, which he believes is no longer applicable.

“Israel does not respect the treaty anymore. Weapons have been smuggled lately from Israel into the Egyptian border, which contradicts with articles in the agreement,” he said.

Mansour said he would ban alcohol retail shops in accordance with Islamic law limiting consumption to foreigners in hotels.

“We do not want people walking around drunk in the streets,” he told El-Leithy.

Speaking of the Brotherhood, Mansour said the government should refrain from the generalisation of labelling the entire group a terrorist one.

However, he also stressed that, should he be elected the country’s next president, he would firmly counter terrorism and all those sponsoring it in Egypt.

“There are two types of Brotherhood members: the first are not violent, not involved in political events and merely want to worship,” Mansour said, adding that those members recently involved in violent clashes belong to the second type, and should face legal investigation.

“I will suspend all protests, sit-ins and strikes for the upcoming year if I become Egypt’s next president, because the country’s economic situation cannot withstand any further deterioration,” he said, directing his speech to the Doctors’ Syndicate strike.

Doctors and other health professionals employed in government hospitals have been holding a partial, open-ended strike since last week, demanding higher wages and increased government spending on healthcare.

He then said he understood that different sectors have their particular demands, but proceeded to add that the country’s economy cannot currently afford to solve their problems.

About the Ethiopian dam under construction, Mansour said he would seek the help of international organisations to resolve the contentious issue. Should Ethiopia insist on building the dam, he added, reducing Egypt’s share of Nile water, he would be willing to declare war against it.

“Nile water is the source of life in Egypt and I will not allow anyone to diminish our share of it,” the lawyer stated.

The Renaissance Dam project has been a source of concern for the Egyptian government since last May, when images of the dam’s construction stirred public anxiety about its possible effects on Egypt’s share of Nile water.

Attempting to allay Egyptian fears that the dam will reduce its annual share of Nile water, the project manager stated the dam’s turbines do not consume water and that the dam’s reservoir will on the contrary provide more water to Egypt due to its projected role in decreasing evaporation levels. As the televised interview concluded, Mansour invited the two other candidates for a public debate.

Mansour was among several 21 figures from ousted president Hosni Mubarak’s era who were accused of orchestrating the Battle of the Camel, in which pro-Mubarak thugs rode camels and horses into Tahrir Square on 2 February, at the height of the 2011 revolution , and attacked protesters, killing 11 and injuring several hundred. The court acquitted all defendants in tthe case in 2013.  source: Ahram Online, Tuesday 8 Apr 2014