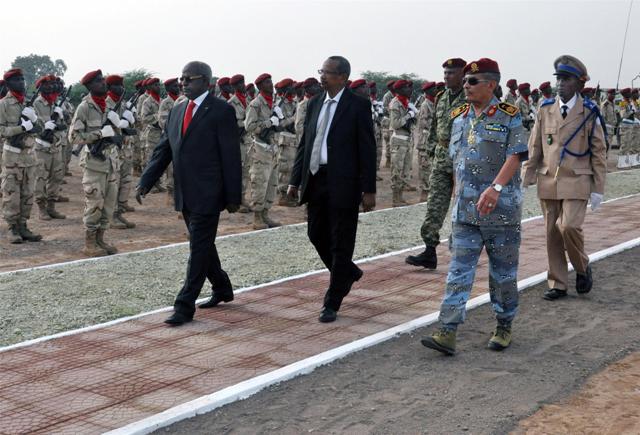 PRESS RELEASE – Djibouti (HAN) April 15, 2014 The World Bank Group and the Government of Djibouti signed today a US$3.8 million grant to support the government’s Access to Quality Education Project. The grant is designed to support government efforts to improve the overall quality and capacity of its education system; Washington.

“I am very pleased that the Government of Djibouti remains focused on the right of every child to quality education and to the human capital which will help its economy grow in years to come,” said Inger Andersen, World Bank Regional Vice President for the Middle East and North Africa.

The grant was provided by the Global Partnership for Education, an international organization dedicated to ensuring all children, especially those in poorer countries, have the chance to go to school.

The Bank will oversee the management of the grant, bringing the benefit of its resources and experience to working with the government of Djibouti on the design and implementation of the project.

“This project is in line with Djibouti Vision 2035 which has human capital as a pillar and responds to the government’s plan for 2013-2016 to tackle the challenges affecting the quality of Education in Djibouti,” said Ilyas Moussa Dawaleh, Djibouti’s Minister of Economy and Finance.

“We appreciate the support of the Global Partnership for Education and the World Bank to attain our objectives of a quality education at all levels.”

The Government of Djibouti prioritizes investment in education, which accounts for more than 10 percent of the national budget.

The grant will further support the government’s goal of improving teaching practices and facilities for primary education, with a particular focus on student achievement in mathematics. Along with the renovation and construction of school buildings, the grant will fund teacher training, student assessment, and provide student materials.

IDA, the World Bank Group’s arm for the world’s poorest countries, currently has a portfolio of seven projects in Djibouti totaling about US$57 million and three projects financed by trust funds totaling almost US$11 million.

These resources address needs in the areas of social safety nets, energy, rural community development, urban poverty reduction, education, and health. Under a new country partnership strategy announced in March of this year, US$25 million in IDA financing has been earmarked for new programs in 2014-2017.
—
HAN & Geeska Afrika Online (1985-2014), the oldest free independent Free Press in the region, brings together top journalists from across the Horn of Africa. Including Ethiopia, Somalia, Eritrea, Sudan, Djibouti, South Sudan, Uganda, Kenya, Oromo, Amhara, Somali, Afar and Harari. Plus, we have daily translations from 150 major news organizations in the Middle East and East African regions. Contact at news@geeskaafrika.com