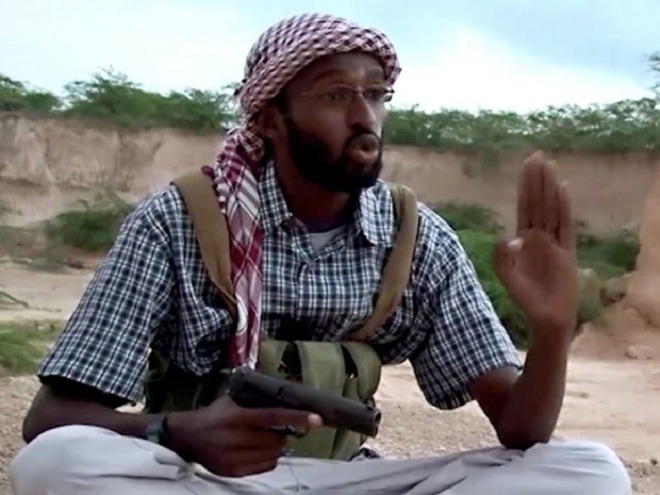 A Canadian who traveled to Somalia in 2009 to join the armed Islamist group Al Shabab died in a suicide attack in the capital Mogadishu on the weekend, a community source familiar with the case said Monday.

The RCMP said it was looking into whether a Canadian was involved in the deadly attack on the Mogadishu courts. If confirmed, Mahad Ali Dhore, would be the second member of the so-called Somali Six known to have died.

Several sources in Toronto’s large Somali-Canadian community said Dhore’s family had been informed of his death. “It’s a fact,” said one, although he said it was uncertain Dhore had been one of the suicide attackers.
Update: Ali Dhore in screen grabs from a new Al-Shabaab propaganda video. Dhore left Toronto five years ago to join the terrorist group. He was killed in 2013 while taking part in an attack on the Mogadishu courthouse.

“In April 2013, the group attacked the Supreme Court of Somalia, killing more than 35 people and injuring dozens. A Canadian extremist traveller, Mahad Ali Dhore, is presumed to have died helping to conduct the attack,” the report said.

Photo: Site Intel, Mahad Ali Dhore in screen grabs from a new Al Shabaab propaganda video. Dhore left Toronto five years ago to join the terrorist group. He was killed in 2013 while taking part in an attack on the Mogadishu courthouse.