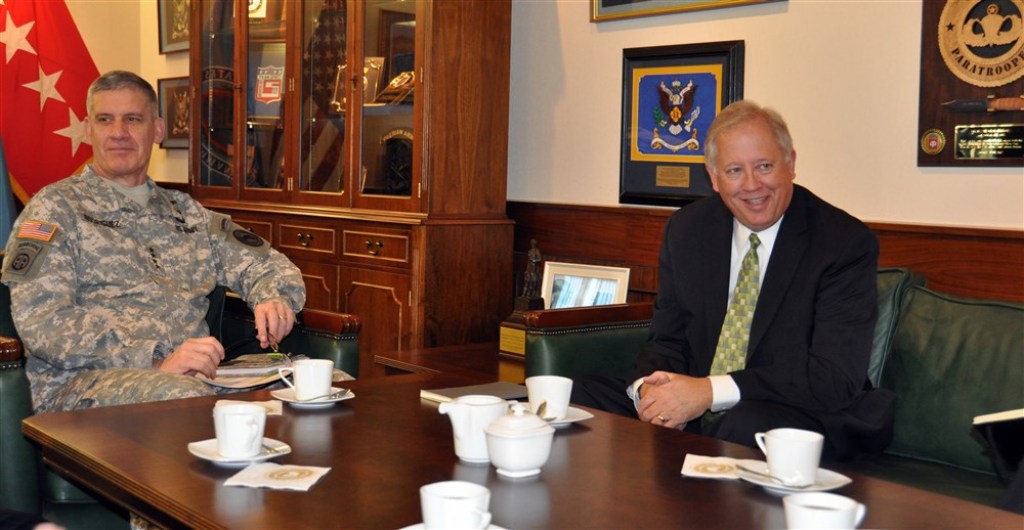 Mogadishu (HAN) September 16, 2014, Regional diplomacy and security news by the Office of the Spokesperson, Washington, DC. Counselor Thomas A. Shannon’s delegation travel to Mogadishu, a part of a security campaign to defeat Islamic State. The Counselor of the Department, Thomas A. Shannon, visited Mogadishu on September 14. He was joined by Special Representative for Somalia James P. McAnulty and Deputy Assistant Secretary for Democracy, Human Rights, and Labor Steven J. Feldstein.

In meetings with senior government officials and representatives of the international community, he reiterated the commitment of the United States to Somalia’s security and development. With President Hassan Sheikh Mohamoud and Prime Minister Abdiweli Sheikh Ahmed he discussed the latest military and political developments, including the successful strike against al-Shabaab leader Ahmed Abdi Godane and the military campaign by the Somali National Army (SNA) and African Union Mission in Somalia (AMISOM) against al-Shabaab’s remaining strongholds.

Additionally, the Counselor was briefed by representatives of the Somali cabinet and representatives of the international community on state-building initiatives, including judicial development, reconciliation in recently-liberated areas, and preparations for the 2015 review of the Constitution and the 2016 elections.

Reasons in Kenya: Counselor to the Department Thomas A. Shannon is traveling to Kenya and Uganda from September 12-15. He will be accompanied by Steven Feldstein, Deputy Assistant Secretary for Democracy, Human Rights and Labor. The Counselor will meet with senior Kenyan officials to discuss regional issues, including the South Sudan peace process, and to follow-up on the August U.S.-Africa Leaders Summit. During this visit, he will also discuss U.S. support for community-based conservation practices and efforts to combat wildlife trafficking.

On September 14, the Counselor is scheduled to travel to Uganda where he will meet with senior government officials, also to discuss regional issues and to follow-up on the August U.S.-Africa Leaders Summit. In Kampala, he will also meet with civil society representatives.

Egypyt, last Week: A US delegation landed in Cairo to lay the ground for an expected visit by US Secretary of State John Kerry as part of a Mideast tour to forge a coalition to crush militants controlling parts of Iraq and Syria, state news agency MENA reported.

John Kerry kicked off his trip to the Middle East on Tuesday to launch a diplomatic offensive aimed at building a coalition against the extremist Islamic State group. The senior diplomat on Wednesday headed to Baghdad from Jordan, the first stop on the tour which is expected to include other Arab capitals including Cairo.

In a widely-anticipated speech, President Barack Obama said last week that,  he had authorized US air drones to strike for the first time in Syria, embroiled in a three-year civil war, with more attacks in Iraq in a broad escalation of an offensive against the Islamic State militant group.