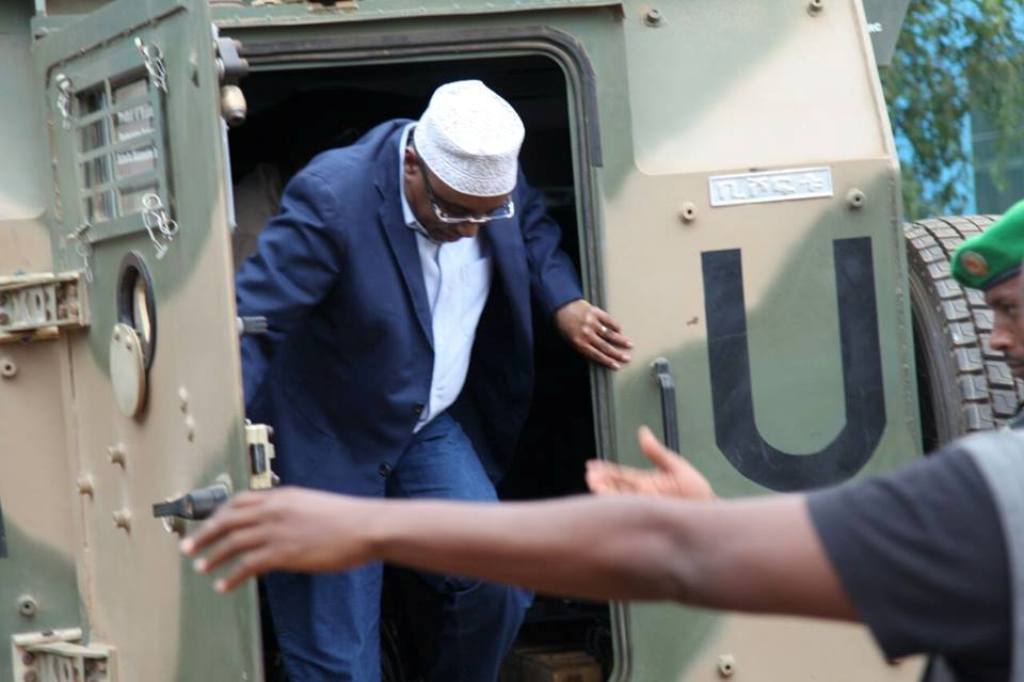 The Somali president answered wide range of questions to selected members of the Somali society largely focusing on his achievements and challenges in good governance, federalism, fight against Al Shabaab militant group, reconciliation efforts and the controversial maritime boundary dispute between Kenya and Somalia.

The Federal Somali president Hassan also raised the issue of alleged rape by African Union peacekeepers in Somalia, his government’s relations with Puntland and Somaliland administrations and the stabilization progress made by his government.

Speaking on the maritime boundary dispute between Kenya and Somalia and the subsequent lawsuit filed by his government to the United Nations top court, the president said Kenya has put a claim to a large portion of Somali territorial waters which forced his government to seek international ruling on the issue.

While speaking on the issue of Somaliland, the president said he encourages the continuation of the negotiations between the federal government and the Somaliland administration as he believes only talks between the two sides can produce tangible results and long term solutions.

Meanwhile, the Federal Somali president Hassan praised Puntland administration for being a beacon in Somalia’s democracy and reiterated the proposed formation of an interim state in central Somalia -which Puntland largely opposes- does not pose any threat to its existence.

Speaking on the allegations of rape by African Union peacekeepers in Somalia, the president expressed deep concerns over the disturbing allegations and reports of rape and sexual abuse by the AMISOM forces in the capital, Mogadishu.

The Federal Somali president Hassan said his government has made direct contact with AMISOM over the Human Rights Watch report.

Speaking on the success of his Six Pillar Policy, the president said that his government has achieved tangible results on peace, reconciliation, federalism and security sectors.

The Federal Somali president Hassan said despite tangible achievements, many challenges are still ahead as his government is tasked to restore peace and lead the country in to free and fair elections in 2016