Ottawa (HAN) June 22, 2014 – Updates news and views: Eritrean Diplomatic Immunity Series 1 Part 2.  An Eritrean diplomat told Geeska Afrika Online, When Americans moving overseas, one of the biggest questions many have concerns is American Expat Tax. Unfortunately, America is one of a handful of countries that vigorously pursues taxes worldwide, such as Eritrea – so don’t expect to avoid a U.S. tax debt by moving overseas as well as Eritrean diaspora obligations to their homeland-Eritrea. As a matter of fact, you’re not even allowed to give up your U.S. citizenship to eliminate a tax obligation, he concluded his point of you defending Eritrean Tax Scam in Canada.

Today Part 2 series: In a modest Edmonton apartment, Alberta, Canada, Wegahta Tesfamariam draws her slim hand across her cheek and explains how her native country is trying to make her a victim of a tax scam Canada thought it shut down a year ago.

By,  Rick MacInnes-Rae is the World Affairs Correspondent for CBC News. A former Europe Correspondent and host of Dispatches, his 36-year- career has taken him across much of the globe.

The Eritrean Wegahta Tesfamariam  28-year-old is a permanent resident of Canada, not yet a citizen, and had to renew her Eritrean passport back in February to travel.

Wegahta Tesfamariam  was in for a nasty surprise. As she told CBC News, Eritrea demanded a share of her annual income in a levy some liken to extortion.

“There is a representative of the government in Edmonton. He asked me first I should pay two per cent.

“I was like, surprised. I know that paying two per cent stopped in Canada last year. He said, ‘If you need any service from Eritrean government, that’s what you have to do.’ I clearly told him I don’t want to pay that.”

And no wonder. Tesfamariam’s bill would come to roughly $1,200, a lot of money for a newcomer to Canada just a few years into the workforce. Although, as a trained drafting technologist, she’s in a better economic place than many Eritreans who work here at the bottom of the skills ladder.

Other countries also tax their nationals living abroad, but Eritrea’s has brought about a special degree of global condemnation because of the surreptitious way it goes about collecting the money, and because it is a repressive regime that has been under UN-imposed economic sanctions since 2009 for financing insurgent movements in the Horn of Africa. 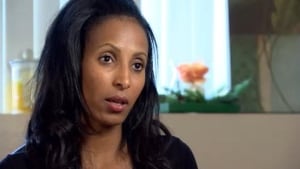 When Eritrean-born Wegahta Tesfamariam, who lives in Edmonton, recently tried to renew her Eritrean passport, her home country demanded a share of her annual income in a levy some liken to extortion. (CBC)

Canada subscribes to those UN sanctions, which gives them the force of law in this country, and Ottawa went a step further in May 2013, after CBC News revealed how Eritrea’s Toronto-based consulate was orchestrating the so-called tax, sometimes adding in an additional defence fee controversially earmarked for the military.

At the time, Canada expelled Eritrea’s senior diplomat in this country — its consul general — for activities inconsistent with the role of a diplomat, Foreign Minister John Baird said in a carefully worded statement.

It was one of the strictest diplomatic actions taken against Eritrea by any of the several countries where this controversial tax has been exposed, most recently in Australia. And it held out some hope the tax collections might stop.

Yet 10 months later, when Tesfamariam got in touch with an official in the Toronto consulate, it was as if nothing Canada had done really mattered.

As she later wrote to Citizenship and Immigration Canada: “He told [me] that I’ve to pay two per cent tax for the Eritrean government in Eritrea from the date I enter Canada to present, and he also asked me to mail my income tax papers from Revenue Canada to consular office in Toronto for him to calculate the amount I should be paying, and only then I can ask about [passport] renewal.”

She was disgusted. “An embassy or a consulate should be representative of a people and a government,” she said.

“They should be here working for us, not for the government. They don’t care what kind of service they give. They’re just here to collect money for the dictator in Eritrea.”

Three people were killed and many more wounded last week in a bomb attack during the church’s inaugural mass.

“By the grace of God, it was not more,” said Baird after placing flowers at the graves of the three people killed. “Canada mourns with you and stands in solidarity with Tanzania against forces that would seek to undermine security, pluralism and religious freedom.”