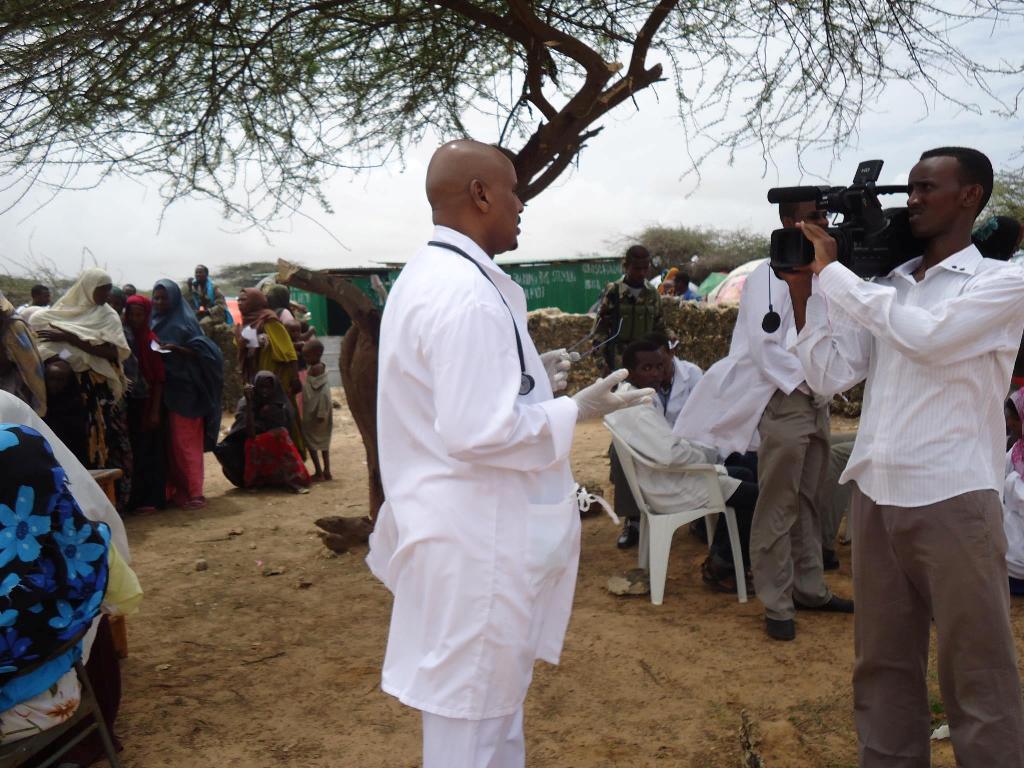 Mogadishu (HAN) May 30, 2014 – Medical news update. According to sources received by Geeska Afrika Online in Oslo, the Nobel Prize in Physiology or Medicine has been awarded 104 times to 204 Nobel Laureates between 1901 and 2013. Dr. Dufle said, ”“Medical Service” is for all” is the slogan of the Somali physicians.”

The Giuseppe Pitrè International Institute in the Italian city of Palermo announced that it has nominated a well known physician, Dr. Osman Mahamud Dufle, as its candidate for Nobel Peace Prize.

The institute also presented awards to several doctors from the Banadir Medical University in Somalia for the role they played in maintaining the country’s health services for over two decades, during which the country has been engulfed by a devastating civil war.

Professor Giuseppe Chambini, Chairman of Pitrè International Institute, announcing the candidacy of the Somali physician for the Nobel peace Prize, said that it was an honour for his institute to nominate Dr. Dufle as their candidate. Prof. Chambini presented Somali physicians “Pitre Award.”

In an interview with the VOA, Dr.Osman Mohamud Dufle, said that the Institute nominated him because of his humanitarian role and other volunteer work he undertook during the 23 years of civil war in the country.

“It was challenging act”, Dr. Dufle said, “for my colleagues and I to remain in the country to serve our people. What attracted the attention of the Chairman of the Pitre International was the transformation of a “custody” into a Hospital, now known as “Keysaney Hospital”

Dr. Dufle continued: “I was serving my people. I had no idea that others were watching on me. Prof. Giuseppe Chambini was amazed by the fact that the Somali physicians decided to stay in the country even after having experienced the suicide bomb attack on December 3, 2009, which claimed the lives of four Government Ministers and a number graduates from the Medical School at the ceremony held at Hotel Shamow in Mogadishu.

During the early years of the civil war, when Mogadishu was divided into two parts by so-called “Green Line”, Dr. Dufle was a co-founder and Chairman of the Joint Medical Committee which was composed of Doctors from two sides – North and South.

“Medical Service” is for all” is the slogan of the Somali physicians. Source, Hiiraan, Mogadishu