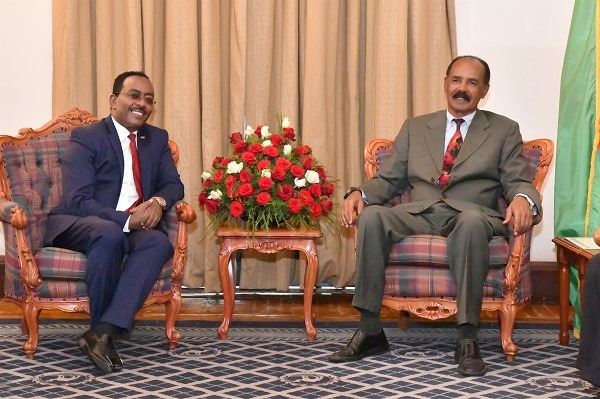 It was Eritrea’s Minister of Information, Yemane Gebremeskel, disclosed on his twitter page that the Eritrean President has accepted the credentials of Ambassadors from 21 countries, including Ethiopia.

Ethiopia and Eritrea have signed a memorandum of understanding on cooperation in a range of areas but a formal agreement and implementation guidelines are still in the pipeline.

Despite reports that the borders between the two countries is not fully open, Ethiopian Airlines is carrying out scheduled flights to Asmara for over a year now.