Home frontpage The African Model: Asia’s path may not work, but there is an... 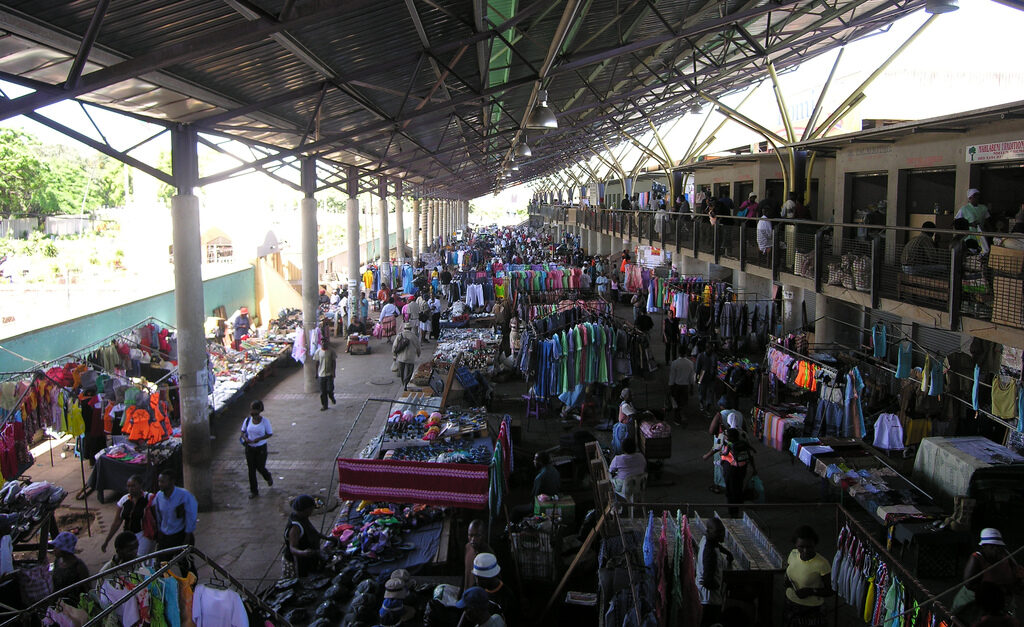 
BY MARLOUS VAN WAIJENBURG & EWOUT FRANKEMA Labour-intensive export-led industrialisation worked for China, but Africa is not China. It must come up with its own strategies to reduce poverty.

In order to reduce poverty at a faster pace, some development specialists suggest Africa should follow the path previously taken by several Asian economies: namely, embarking on a path of labour-intensive export-led industrialisation. At different points of the 20th century, several countries – such as Japan, South Korea, Taiwan, Malaysia and, of course, China – grew their economies rapidly by exploiting their relatively low labour costs to manufacture products for the world market at lower prices than industrialised economies could.

Those advocating for this approach in Africa point out that wages in China and elsewhere in Asia are now rising. This means international manufacturing companies could be looking to relocate in search of lower labour costs. They hope Africa will be this next location.

But, as we asked in a recent African Affairs article, is labour-intensive export-led industrialisation the most viable option for African countries? And does it actually reduce poverty?

Will the Asian model work for Africa?

There are various reasons why following the Asian model of industrialisation might not work so well for Africa.

To begin with, the necessary conditions on the continent are less optimal than they were for Japan in the late-19th century or many other Asian economies in the 20th century. Around 1900, for example, real wages in Japan were about one-eighth of those in Britain. This allowed it to significantly undercut the production costs in Western nations.

The wage gaps between African countries and the currently industrialising nations of Asia today, however, are not nearly so large. Wages on the continent are on average a third of those in China and on par with those in more recently-risen economies such as Vietnam and Bangladesh. Labour in most parts of Africa is probably not cheap enough (yet) to compete with Asian manufacturing whose competitive edge has not yet faded.

At the same time, other factors that were crucial to industrialisation elsewhere are currently weaker in Africa. In both Asia and Europe, for example, the existence of strong “proto-industries” – such as the skill-intensive production of textiles, pottery and furniture – were central to industrialisation. Most early industrialisers also had strong states with the ability to suppress domestic labour costs at home and the power to influence global export markets abroad. They used this crucial geo-political power to forcibly open up foreign consumer markets – for example in European colonies – and/or extract inputs such as palm oil, cotton, rubber or minerals at low prices.

These differences in historical context suggest African countries will struggle to replicate Asia’s path. This may seem like bad news for the continent’s poor, but a look at the historical evidence questions the notion that a big industrial push necessarily leads to rapid poverty alleviation. In both Japan and Britain, for instance, it took several generations before lower-income classes saw any improvement in their living conditions.

Ethiopia may also be illustrative. The East African nation is one of the few exceptions on the continent in that it is actively following the path of Asian-style labour-intensive export-led growth. Its wage gap with China is in the order of 1:8. Its strong state is concertedly pursuing industrialisation. And it has created thousands of new manufacturing jobs. Yet, so far, economists have found few signs that these developments are significantly improving the material well-being of Ethiopia’s lower-income groups.

The lesson for African countries here is that poverty alleviation through industrial growth either requires lots of patience or active government intervention to support the poor (albeit without raising labour costs).

All this suggests that the Asian path may be both unfeasible and undesirable for Africa. But there is an alternative. It may be impossible to reduce poverty without industrialisation, but industrialisation does not necessarily need to focus on exports.

Africa’s “population boom” does not just create challenges but also opportunities through a process of domestic market integration. Growing domestic markets enhance consumer demand, while rapid urbanisation increases labour productivity. The greater population density of cities allows for a higher degree of resource sharing, access to public goods such as a health and education, divisions of labour, and faster spill-overs of knowledge. A stronger focus on domestic markets also tends to strengthen the linkages between a country’s agricultural, industrial and service sectors without having one sector alone (i.e. manufacturing) pulling the economy to higher GDP levels.

This suggests that rather than producing for international markets, most of Africa’s economic growth in the coming decades may be better realised by catering to and connecting growing domestic markets.

For policy-makers, the path chosen and the focus for industrialisation raises many questions. For example, which road should be built or improved next; one that connects urban hubs or one to the coast? Should domestic firms be granted start-up subsidies, and if so, which ones? Under what conditions should African countries allow foreign investors to operate?

A path that focuses on strengthening domestic markets is not going to reduce poverty at the pace witnessed in China over the past 40 years, but it may provide a much safer bet for raising living standards in the short- to medium-term.