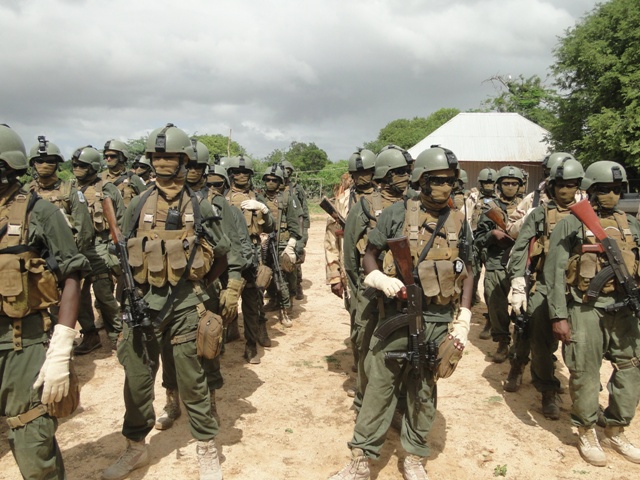 Some 100 Somali soldiers have completed training on combat course to help enhance security in the horn of Africa nation, the African Union mission said.

The soldiers who graduated from an infantry course on combat skills in Mogadishu were trained by the European Union Training Mission (EUTM) in Somalia and learnt combat engineering, light infantry and the use of ICT.

“We are going to train 300 soldiers in four months to provide another additional capability to Somalia National Army (SNA),” Maurizio Morena, the Commander of EUTM in Somalia said in a statement received on Monday.

EUTM will conduct the next phase of training jointly with the African Union Mission in Somalia (AMISOM).

“Together with the (AMISOM) force commander, we have decided to share the same training program, the same schedule; and our trainers are also speaking with AMISOM trainers to get the same view on the training,” Morena said.

AMISOM Force Commander Osman Noor Soubagleh announced that the trainees would be co-located with AMISOM troops, for continuous training and mentoring.

“This is the beginning of the integration of the Guulwade Plan. We will take this as an example and we will replicate it. AMISOM is also going to train 150 in light infantry which will be in line with Guulwade Plan,” Soubagleh noted.
Ali Bashi Mohamed, the Somali National Army (SNA) Deputy Chief of Defence Forces called on the graduates to step up their work in enhancing security in the country.

“My message to the SNA soldiers that have completed training today is that you are not returning to your former places of work. I expect you to also forget about your clan and religious allegiances. You are the best soldiers that SNA has today,” Bashi told the graduates.