Home frontpage What is our moral duty as we head to 2017? 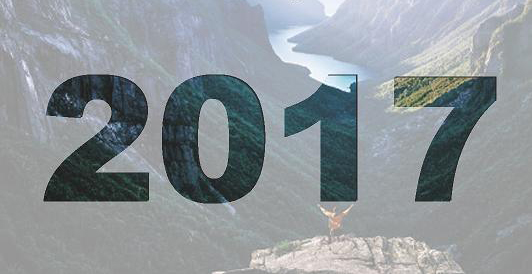 By Jason Lakin: On December 16, Larry Colburn died. Colburn was a man of uncommon valour. During the My Lai massacre in Vietnam, among America’s lowest points in the Vietnam war, he defended unarmed civilians against a rampaging American army.

He was put in the tortuous position of pointing his weapon at fellow soldiers and threatening to shoot them. Colburn was 18 years old at the time.

Reading about Colburn got me thinking, as such stories inevitably do, about whether I and others I know have the integrity and courage to embrace our moral duty.

Of course, to even begin to answer such a question, one must know what our moral duty is. This is something we do not speak of much in public life.

I like to assign students an excerpt from the book Would You Kill the Fat Man? by the philosopher David Edmonds. The book traces the history of an apparently silly but in fact thorny philosophical dilemma.

Consider this scenario: A train is hurtling rapidly toward five people tied to the tracks in front of it. You are standing near a switch and can divert this train, but there is one person tied to the track onto which you will divert it. What should you do? Nearly everyone agrees that the train should be diverted.

The dilemma comes with the next variant of the “trolley problem.” Now, you have the same hurtling train and the same five people tied to the tracks, but this time, there is a fat man watching the train from a bridge above.

You are on the bridge.

You can push the fat man in front of the train, bringing it to a halt, but killing him in the process. Or you can do nothing and the five people on the tracks will die. What should you do?

In this scenario, people are less certain, but on balance, most choose not to kill the fat man. Why not? Both cases involve one life for five. Shouldn’t we always prefer five lives to one? Yet something about pushing the fat man feels different from flipping the switch.

The scenario is meant to illustrate the basic tension between utilitarian and deontological ethics. The first is commonly understood as the view that we should do whatever leads to the greatest good.

Our main concern is with the outcome of what we do, and various means can be justified if they lead to a desirable end. Deontological ethics focuses more on duty, rather than consequences.

From a deontological perspective, we must consider our moral duty to do and not do certain things. Immanuel Kant, perhaps the most famous proponent of this approach, believed it was crucial that we treat people as ends and not as means.

This is core to our moral duty as beings capable of deliberation and reason.

One of the reasons why we may feel queasy about killing the fat man is because of our Kantian instincts. In the first scenario, the death of the one person tied to the tracks is a side effect of our decision to divert the train; we did not put the people on the tracks.

But in scenario two, we actually have to kill the fat man to rescue the others: it is not incidental. We are using him as a means to an end.

As we reach the end of 2016 and approach the elections of 2017, we could do worse than reflect on moral duty.

Elections are always a rough period for reason and ethics, which are usually overshadowed by raw struggles for power. But while this may be inevitable, the way that we respond to political rhetoric is not.

As moral actors, we can and should choose to respond according to our duty to treat people not as means, but as ends.

When our leaders speak out on issues such as how much money should go to counties, or whether it is best to spend scarce resources on heavy infrastructure, or how best to tackle the financial management issues raised by audit reports, we must demand of them facts and positions that do not simply appeal to our short-term political interests, in which reason and truth are manipulated to political ends.

We must demand instead arguments and justifications that advance reason and human welfare.

This requires us to interrogate the claims of leaders and to check their facts and figures, even when the way they distort them benefits our position. For example, politicians tend to use a variety of confusing percentages when describing how much funding counties receive.

These figures are generally meant to distort, rather than to contribute to reasoned debate.

Duty demands that we seek the truth in these numbers, not only momentary advantage. Duty may not win elections, but it is still duty.