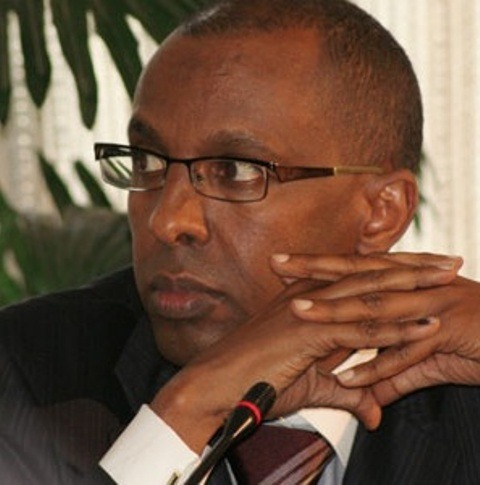 There is a great urgency for President Uhuru Kenyatta to call for a national convention to determine once and for all the fate of Kenyan Somalis in Kenya.

A second class citizen is defined as: a person whose rights and opportunities are treated as less important than those of other people in the same society

Who Is Somali? Kenyan man Talk about Somalis – influence of Kenyan Security minister
“This act of cowardice perpetrated against innocent and peace-loving Kenyans who were going about their normal activities is barbaric,” Joseph Ole Lenku said in a statement.

Kenya and Kenyan Somalis, for the first time since 1963, need to negotiate on the way forward. And President Uhuru must provide leadership to the process.

Mwai Kibaki simply thought that such a question was too absurd. Uhuru, in office for 12 months, faces the same question his father faced in his first year as Prime Minister.

The mass arrest of Somalis in Nairobi in the past two weeks and the inhumane and degrading camp they are being held in shouldn’t be blamed on the Interior Minister Joseph ole Lenku and Police Inspector-General David Kimaiyo.

To do so would be too naive. True, both gentlemen have little understanding of the security challenges facing the country. But that doesn’t mean they are in charge or even privy to the end game of the exercise.

Mr Lenku was a beverage manager in a two star hotel in the outskirts of Nairobi, while Mr Kimaiyo, a Bible-wielding police officer, spends more time in Bible studies than in mapping out security strategies. How can one blame these two innocent Kenyans for what has befallen the Somali community?

From 1963 to date, Somalis in Kenya have been subjected to one form or another of indiscriminate gross human rights abuse.

The army and police in government-sanctioned massacres have killed hundreds in the past 50 years. Somalis in Kenya seem to be, in law and in fact, second-class citizens.

The entire community was denationalised through the screening exercise of 1989, with thousands expelled and others issued with pink cards to certify their Kenyan nationality.

Northern Kenya has since 1963 remained under-developed due to deliberate governmental policy. The health services, education sector and other socio-economic indicators are at byzantine level.

National identity cards are restricted, disenfranchising thousands during election periods. Even the government is contesting, through the courts, the population numbers of Kenyan Somalis.

Then we have the five-year ritual when the government, through its actions like the current screening in Nairobi, reminds the community — just in case they forgot — that they are not real citizens after all.

Fifty years since 1963 has taught one painful lesson to Kenyan Somalis: That Somalis will never be accepted or treated as true citizens of Kenya.

The reason is simple. Because this country has failed to address the Somali question in Kenya, and why Somalis voted to secede and fought to secede in 1960s, the same remains unresolved despite the collective national pretence that all Kenyans are equal.

Kenyan Somalis at times naively buy into this national delusion until they are violently awakened to the reality by events like the current exercise, and then put in their rightful place.

Fifty years of abuse and neglect is too long to endure. But it is not that Kenyan Somalis don’t want to be part of Kenya. It is Kenya that does not want Somalis in Kenya.