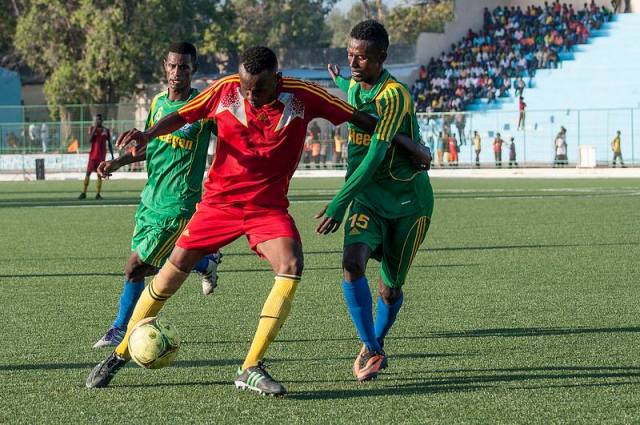 Mogadishu (HAN) April 6, 2014 – For many years life in the Somali capital Mogadishu was one of restrictions.

Music and dancing were banned under strict Sharia law imposed by the militant Islamist group al-Shabab.

They controlled the Somali capital from 2009 until they were driven out 3 years ago.

Now, people in Mogadishu are using one of the city’s most famous squares for a weekly gathering which is breathing new life into their folk dance traditions

Meanwhile, Under the Shabaab’s draconian rule, social pastimes and sports such as football were banned but residents of the city and elsewhere across Somalia in areas liberated by the Somali National Army (SNA) supported by troops of the African Union Mission in Somalia (AMISOM) are now enjoying their freedom once again. AU UN IST PHOTO / David Mutua