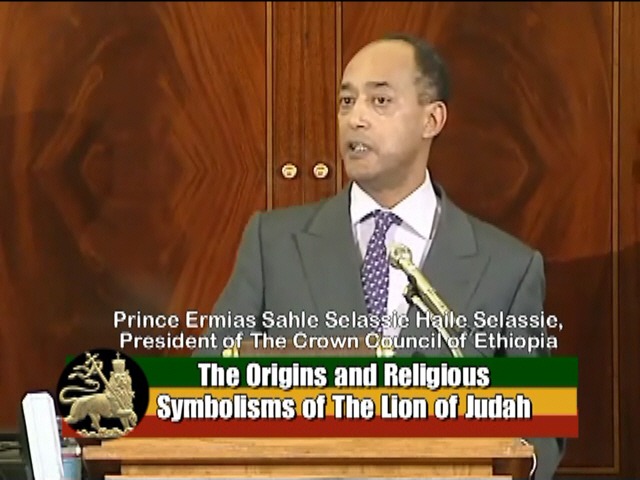 London (HAN) March, 2014 – The mission of the Queen of Sheba Research Foundation, Inc. (QSF) is to educate the public about the impact of African Nile Valley civilizations on ancient and modern society as a means to facilitate maximum intellectual and cultural exchange between America and Africa.

Can knowledge of self really make a difference?” Wolette Selassie President of the Queen of Sheba Foundation responds, “It is important for our people, particularly black youth, to know about the history of ancient Ethiopia, which we are about to reveal, because we believe it will offer a higher cultural identity for black Americans than a history which is restricted to slavery alone.”

In the quest to reconnect black Americans to their ancient royal history, before slavery, Queen of Sheba is hosting His Highness Prince Ermias Sahle Selassie, grandson of King Haile Selassie I, at the DuSable Museum in Chicago on June 29 2014. Prince Ermias will be presenting a lecture on ancient Ethiopia and his family’s royal legacies.
“The Queen of Sheba has conducted 40 years of investigative research that links His Highness’ royal lineage to “Cush” of Genesis 2:13 and also to the biblical Throne of David,” Wolette Selassie said. She further states, “The Queen of Sheba can now answer the question, ‘why is the African presence missing from the Bible?’” The answer will be presented at their inaugural event in June.

Prince Ermias’ visit to Chicago occurs during two historic anniversaries: the 60th anniversary of his grandfather’s, King Haile Selassie I, visit in 1954; and the 78th anniversary of Prince Lij Zaphiro’s visit in 1936 to garner support for Ethiopia during the fascist genocide of the Ethiopian people from 1935-1941.
This historic event is taking place in partnership with the DuSable Museum and the historic Chicago Defender Newspaper, which has historically supported Ethiopia since 1908.
Like his grandfather before him, Prince Ermias wants to connect with local leaders, continue dialogue with black churches and to invite black Americans to become aware of their connections to this history.

While in Chicago, Prince Ermias will make courtesy calls at Chicago Defender Headquarters, Rainbow PUSH and the South Park Baptist Church, where his grandfather was graciously received in 1954. The media is invited to speak with Prince Ermias and hear information about the Queen of Sheba Research Foundation’s incredible work

HAN Bulletin is your independent, online intelligence resource edited and published by the
regional political historian, veteran newsman and founder of www.geeskaafrika.com (Geeska
Afrika Online 1985). Each week he taps his vast network of international intelligence
sources to bring you credible insights into geo-political and geo-strategic developments for
the Horn of Africa. Contact at nurkafi@geeskaafrika.com (Managing Editor/Publisher)