In 2015 the members of the group contributed 57,600 Kroner in addition to the 316,800 Kroner they previously contributed.

They also called on every Eritrean to contribute the level of their capacity to the noble cause.

The training program included steel and metal works, management and accounting. The training was provided at the Sembel Wood and Metal Works factory.

Mr. Samson Haile indicated that the training was given to help the youth improve their living standards.

The manager of Sembel Wood and Metal Works factory, Mr. Michael Gebremeskel  said that the courses were provided by experts in the field. “If put to practical use, the trainings will make a difference in their daily lives!”, he added.

The chairman of NUEYS Mr Salih Ahmedin also said that the union will enhance the training program alongside partners.

She made the remark following her participation in the UN 60th Assembly of the Commission of Women Affairs which was held in New York from 14-22 March.

She  further indicated that the experience Eritrean women gained in the struggle for independence has added impetus to the current progress achieved in the national fight against Gender based stereotypical attitudes.

Different videos and commentaries were presented at the meeting that highlighted the struggle for gender equality in Eritrea and the achievements recorded thus far in the prohibition of FGM and underage marriage. 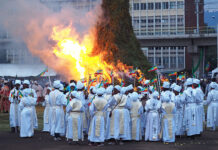 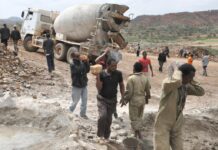