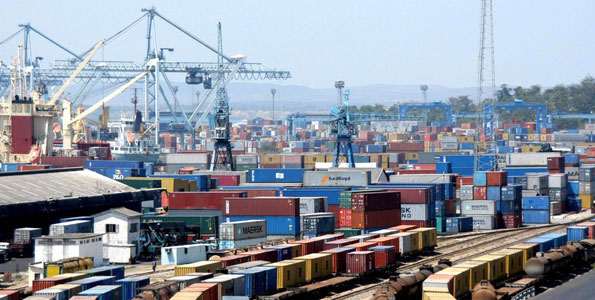 NAIROBI (HAN) January 27, 2016 – Public Diplomacy and Regional Stability Initiatives News. Kenya, Rwanda and Uganda have struck a deal to jointly clear cargo at the Kilindini port and monitor consignments on transit on a single electronic platform.

“This approach will remove the opportunities presently exploited by crooks at the changeover of seals at border points by requiring affixation of only one seal to be disarmed on arrival at destination,” he said.

Mr Njiraini said the countries at meeting in Mombasa on January 16 agreed to establish joint enforcement teams to police transit cargo operations, besides other actions including the centralisation of transit cargo clearance at Kilindini port.

Besides curbing theft of cargo, the system also helps to seal loopholes that cause the country losses in revenue through suspected under-declaration of the value of exports or theft of cargo.

“The new system’s key strength is that unlike presently, the three Northern Corridor countries, shall use one system and one platform, with seamless visibility from Mombasa to Kigali and eventually Juba,” Mr Njiraini said.

The KRA in its recently launched sixth strategic plan for 2015-2018 banks on with the implementation of the electronic cargo tracking system (ECTS) to help minimise revenue leaks due to diversion of cargo. Kenya introduced ECTS in July 2009 as it intensified its purge against dumping of transit goods in the local market.

The country is a key gateway to the region in that the Mombasa port handles imports such as fuel and consumer goods for Uganda, Burundi, Rwanda, South Sudan, Democratic Republic of Congo and Somalia and exports of tea and coffee from the region.

All importers, exporters, clearing agents and transporters conveying goods under customs control are required to install the ECTS, phasing out tamper-prone seals. Upon the installation of the ECTS equipment, the then cumbersome practices of customs physical escort were phased out and the annual transit goods licence fees waived.

The system has so far gone live in Uganda and Rwanda. In addition to customs, the system will also provide real time information on the location and status of the cargo to transporters and cargo owners or their agents as the goods are transported along the Northern Corridor.

Trade in East Africa has become increasingly seamless following the adoption of a Single Customs Territory (SCT) system. Under the SCT deal that began in 2014, clearing agents with East African Community have been granted rights to relocate and carry out their duties in any of the partner states as part of a strategy to improve flow of goods and curb dumping.