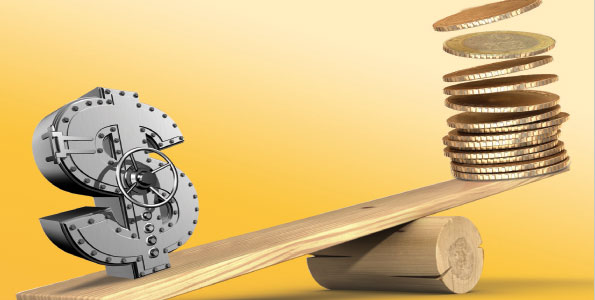 At the briefing in Addis Ababa Tuesday, Mr Adam Elhiraika – the director of Macro Economic Policy Division at UNECA – described the condition created by countries that invest in foreign bonds as “imported inflation” but noted that a country with strong macroeconomic fundamentals should be able to handle its debts.

He added that countries that continue to borrow abroad need to put in place policies that would allow them to pay without compromising their macroeconomic climate.

However, UNECA says increasing public investment especially infrastructure and a buoyant services sector will still propel the continent to greater growth this year.

West and east Africa, UNECA noted, are growing at the fastest rate while southern Africa had the least growth in 2015, at a mere 2.5 per cent.

The expert, who was accompanied by Mr Jim Ocitti, Director, Public Information and Knowledge management division at the UN’s Addis office, noted that political instability continues to damage economies on the continent, citing the case of Libya and Somalia.

In eastern Africa, noted Mr Elhiraika, political uncertainty in South Sudan and Burundi as well as terrorist threats in Kenya and Somalia weigh on the region. Meanwhile in West Africa, the damage caused by the Ebola virus is still evident in Guinea, Liberia and Sierra Leone.

In much of Africa, says Mr Elhiraika, inflation pressure was reduced by lower global oil prices in 2015 and the continuing fall of food prices while currency depreciations have increased the risk of imported inflation.

He cited prudent monetary policy in countries such as South Africa and Kenya as having a moderating impact on inflation rates.

Public spending in Nigeria in the lead-up to its elections also contributed to inflationary pressure in the sub-region together with the pressure on the naira caused by lower oil prices.

Drought in parts of Africa especially Ethiopia could have adverse effects on the economy but the impact is expected to be less than in the early years because the economy is more resilient.

The agency also warned that weak employment growth and high unemployment rates pose a challenge to poverty reduction efforts as well as realization of the 2030 agenda for sustainable development.

One of the factors impeding growth in Africa, noted the ECA, is weak employment growth and high unemployment that poses challenges to poverty reduction, decent work and realization of the 2030 agenda for sustainable development.