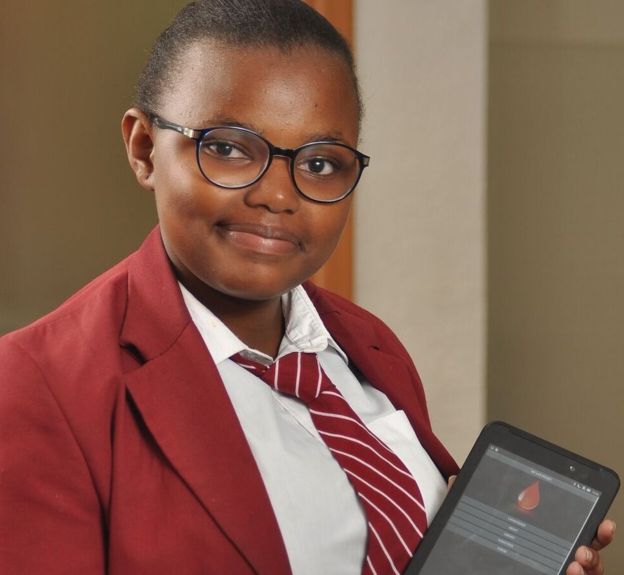 BY:Hadassah Egbedi. Having to be in a queue or waiting at length for anything can be tiring and annoying. But when people get robbed or die as a result, then it’s become a problem that must be tackled. 17-year-old Caroline Wambui and 16-year-old Harriet Karanja, both college students in Kenya, are tackling such social and health issues “a code at a time”. Motivated by personal unpleasant experiences, both teenagers are creating apps to end ticket queues and transform organ donation, with the help of new tech mentoring programmes for women in Kenya.

Karanja told BBC’s Anthony Irungu that once, she experienced someone gets robbed while on a queue to buy a bus ticket in Nairobi, she realised that some of her classmates have had the same experience when she recounted the tale in school. That was when she decided to do something about it. She got four of her schoolmates together and they came up with a ticket purchasing app called “M-Safiri”, Swahili for “traveller.”

“The app takes you to your preferred bus stop using GPS technology, so you will only need to go to a bus stop to board a vehicle but not to wait for a vehicle.”

Under the name, Snipers, the team of five soon travelled to the United States to compete in a global technology competition for young girls in San Francisco, although they made to the finals, they lost out on a $10,000 top prize to a group of school girls from Mexico. But the girls are not deterred by the present lack of funding to develop M-Safiri beyond the prototype stage, they hope to transform the team into a tech company after they graduate from high school, get private investors on board, and then get a patent for the app.

Another final year high school student, Caroline Wambui, had come up with an app that will serve as a network for organ donors, patients, and hospitals. The idea was borne out of a personal ordeal; Wambui had lost her uncle after a long and unfruitful wait for an organ donor. “My uncle died due to lack of a kidney match, it took a long time to find a kidney on the black market…” said Wambui.  The teenager said she wants to save other families from experiencing such tragedy, hence the creation of her app.

With the help of a mentor in the person of her school teacher, Damaris Muteti, Wambui has made a prototype on a tablet and have found partners to work with. The app lets you know whether or not you are eligible to donate an organ, and checks the medical requirements of the patient in need. It basically connects organ donors to patients. However, the fact that there is no law in support of organ donations after death seems to be a bit of a hindrance to the successful launch of Wambui’s app as it will limit its impact.

As of now, illegal organ sale is a lucrative business, a thriving industry with a sophisticated network of hunters, vendors, and agents seeking willing candidates/donors, but also kidnapping people to forcefully harvest organs which would be sold to transplant centres for thousands of dollars. Wambui hopes that her app would disrupt this market.