Home frontpage What jumbos, crickets have to do with Kenya-TZ trade wars 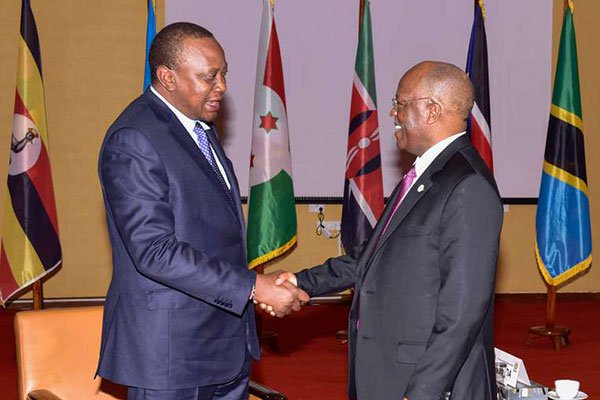 There were two stories on Tuesday in the Business Daily that, on first reading, looked totally unrelated, but they were.

The first one said subscribers to mobile phone-based money transfer M-Pesa outside Kenya expanded by 227,000 in three months to 13.4 million at the end of last month.

Vodacom, Safaricom’s parent company, made Sh6.28 billion as M-Pesa revenue from Tanzania, Democratic Republic of Congo, Mozambique and Lesotho markets, a 30.3 percent jump in revenue from the previous quarter.

The second story reported how Kenyans had taken to Twitter to quarrel about how Tanzania continues to treat their businesses unfairly.

The hashtag #FairTradeKe had been provoked by a story in the Nation detailing a range of trade barriers placed on Kenyan goods seeking market in Tanzania.

While Tanzania makes it hard for Kenyan goods, Tanzanian business people generally have an easier time selling to Kenya.

The list of real and perceived injustices against Kenya is long.

We learnt, for example, that Tanzanian police harass vehicles bearing Kenyan number plates so much that Kenyan traders have resorted to hiring vehicles from Tanzania to “sail smoothly across the border”.

Last year, President John Magufuli ordered thousands of Kenyan — and Ugandan chicks — to be put to the torch in a chicken fight that had feathers flying all over East Africa.

That particular episode provided both grief and a lot of comical comment on social media.

It seems reasonable that Kenya should hit back in the face of these aggravations, but it’s not.

There is a sense that Kenya’s economy is advanced enough, relative to its partners in the East African Community, that it should leave the maize flour, cooking oil, sweet, potatoes and chicken business to its regional peers.

I think it is Taban Lo Liyong, in his wonderful little book The Last Book (I recommend it as great medicine for depression), who wrote about a good hunter who is brought down by the pursuit of smaller things.

The hunter killed an elephant and was carrying it home when a tiny cricket crossed his path.

In some African communities, a cricket is a delicacy. With a whole elephant on his head, the hunter would have been content.

However, he got tempted into catching the cricket, too. With the massive carcass balanced on his head, he tried to catch the cricket with his toes.

He lost balance, fell and the elephant carcass crashed on top of him. He didn’t catch the cricket either.

Not exactly the same, but there are similarities. In sum, the regional view is that Kenya has a big fat slice of meat already and should leave the crickets to the rest.

These trade disputes will never be presented that way, but that is what fuels it. Kenya, it’s felt, has its banks, breweries, hotels and the M-Pesa platform and is the regional base of multinationals.

It should be content with those and “leave the small things” to others.

And it’s the country best placed to move beyond beans, rice and sugar to create high-value goods that will not be intercepted by a corrupt or overly nationalistic policeman at the Tanzanian border.

A while back, I was interviewing an African president. After I was done, we got to talking about Kenyan politics and so on.

At one point, he paused and told me: “There is really one thing I envy about Kenya. If I had its manpower, we would have created miracles here.”

The second, and more crucial, is that Nairobi’s ability to hold its nose longer in these disputes has become a very important factor in keeping an increasingly paralysed and ineffectual EAC plodding along.

President Uhuru Kenyatta is the only leader who has no serious beef with another EAC head of state.

He is the only one who goes around slapping other big men’s backs without fear that he will be shooed off.

The ability of Kenya — and Rwanda — to offer other East African nationals the fruits of regional integration (on things work permits, freedom of movement) even without reciprocation from all of them has done a lot to develop that amorphous creature called the “East African market”.

Somebody has to take one for the team, as the saying goes. That’s Kenya’s job.

In the long-term, the country that is able to withstand the pettiness that marks East African economic competition will actually do well.

What will happen a few years down the road when Tanzanian vehicle operators become dependent on Kenyan traders for their survival?

They will become a powerful constituency demanding freer access to Kenyan goods.

Many times, if you take one for the team, if you don’t die, you become a hero.