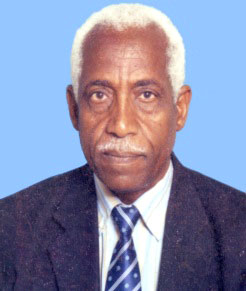 The late veteran fighter joined the EPLF in 1975 serving in various a
dministrative positions at the Health Department of the Front during the liberation struggle. After independence, Dr. Andom served his people and government in the position of Director General of Policy Planning and Human Resource Development Department at the Ministry of Health.

Funeral service of the late veteran fighter was held at the Patriots Cemetery in Asmara on Tuesday, 23 February 2016.

Dr. Andom is survived by his wife and four children.

The Ministry of Health expresses deep sorrow to the families and friends of the bereaved on the passing away of veteran fighter Dr. Andom Oqbamariam.