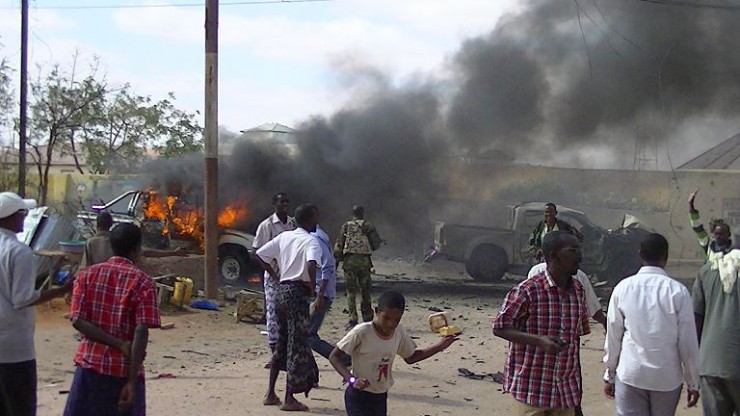 Witnesses and officials said the blasts hit a local government building and a nearby market in Galkayo.

Abdullahi Daahir, an eyewitness described what he saw.

“The first car bomb rammed into a local government compound housing administrative offices and soon after the first responders came out of the surrounding buildings, another suicide-bomber with a speeding car below himself up, he said.

Another eyewitness told VOA’s Somali Service on condition of anonymity for fear of reprisals that the driver of the second car bomb was a female.

“When the first explosion occurred, I was in a nearby tea restaurant. I came out to see what has happened. I saw a woman driver with a red head scarf speeding towards us, and then, I immediately crossed the road . The second explosion occurred.”

“I saw more than 18 dead bodies. The fatalities included students, local traders who were at a nearby market but most of them were the guards of the local government compound.”

Puntland officials have confirmed that the terrorist attacks killed more than 20 people.

“We came under attack today and the death tall keeps rising so far we can confirm the death of more than 20 people, but we will provide the exact number once we collect details from the local hospitals,” the governor said.

The activities in the town remained stand still after the attacks with security forces condoned off the entire area.

Galkayo, some 700 kilometers (440 miles) northeast of Mogadishu is the provincial capital of Mudug region, but the city has been divided into south and north by clan rivalry.

The north were the explosion occurred is controlled by Puntland and the south comes under the administration of Galmudug, both are Somali Federal Member states.

Al-Shabab militants, a terrorist group in Somalia, have claimed the responsibility.

The attacks are believed to be a response for military operations conducted by US-trained Somali Special forces, in which militants were arrested from houses they were hiding in the town and its surroundings. 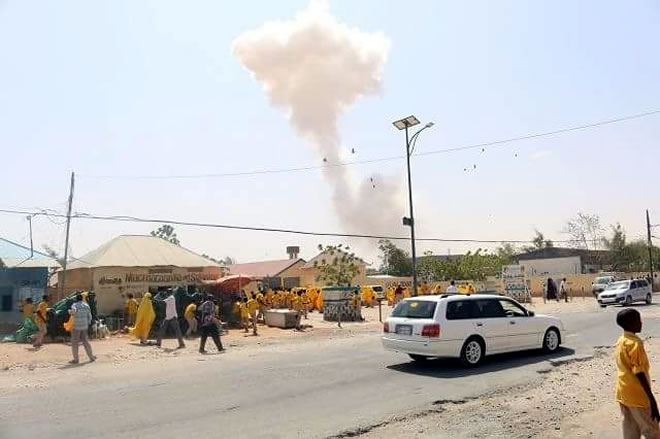 In another incident, at least four people were injured after mortar shells landed in government compound in the capital Mogadishu on Sunday, officials said.

“Three mortar rounds landed inside the compound. Four staff members were injured and two cars burned,” he said. “There no other death.”

No group has claimed responsibility for the attack. But it has hallmarks of similar mortar attacks frequently carried out in the city by al-Shabab.