Home Eritrea US Undermines Proposed Trip to Eritrea Under UNSC 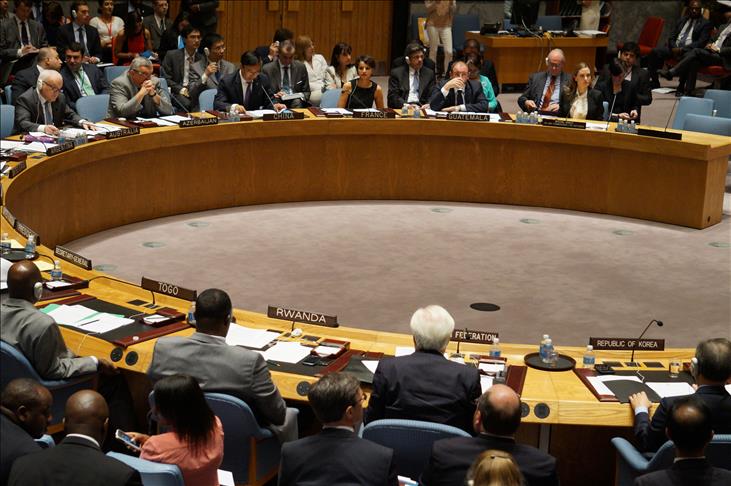 NEW YORK (HAN) April 19, 2016. Public Diplomacy & Regional Security News. By Matthew Russell Lee. Exclusive While the Security Council discussed Somalia on Tuesday, behind the scene the next president of the Council for May, Egypt, has proposed a Council trip to Somalia, Egypt, and at least initially Eritrea, Inner City Press is exclusively told.

But the US is balking at the inclusion of Eritrea and it may be dropped.

In the Council chamber, UN envoy to Somalia Michael Keating said   “Last week, Somali leaders from all federal member states and interim regional administrations reach agreement on the electoral model to be used later this year. Voting will take place not just in Mogadishu, but in each of the capitals or seats of government of the exiting and emerging federal member states. And thirty percent of the seats in Parliament are being reserved for women.

“This progress is taking place amid great insecurity – another reason why progress is reversible. Al Shabab remains a potent threat. Although facing significant casualties, Al Shabab continues to carry out repeated asymmetic and conventional attacks. They will try to disrupt an electoral process that they see rightly as threatening their agenda.”

The proposed trip would have included Eritrea not only because it is on the Council’s sanctions list, even amid admissions of no proof of support to Al Shabab, but also because of Yemen and regional peace and security. But the US, the sources tell Inner City Press, does not want a Council trip to include Eritrea. We’ll have more on this.