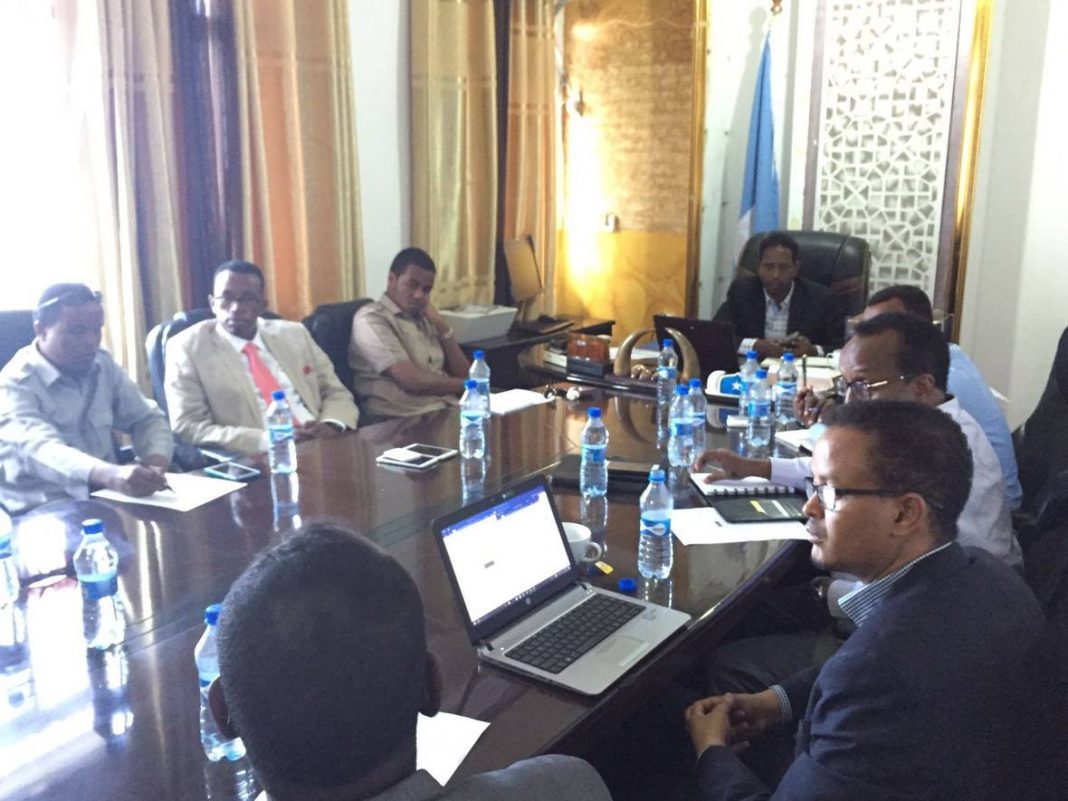 The two officials discussed about, the development of the media, the forthcoming London conference which is due to take place on the 11th of May 2017 and some other issues.

Minister Yarisow has sincerely thanked the ambassador on behalf of the government of UK’s international leadership role campaign for the support of making Somalia and the implantation of Good Governance.

The UK ambassador to Somalia H.E. David Concar has underlined the important role of the media towards the development and the stability of Somalia.

Ambassador Concar has promised that the government of UK is and will stand shoulder to shoulder the Federal Government of Somalia and its citizens at this tense situation, in particular the development of the media.

Eventually Minister Yarisow has shared with the ambassador the plans and the policies of the Ministry of Information, in which the Ministry is intending to develop the media and the support of the local journalists, so as they execute their duties in a skilful manner, and transmit the development of the country to the public.

Meanwhile: Eng. Yarisow, continued to say “The government is going to start consultations on the way forward in order to make the Media Law more compatible with Somalia situation and International Media Laws. However, we are committed to ensure cooperation with the media and the public and get their consent.”

Minister Eng. Yarisow, added that the amendments will be consulted with Human Rights Organizations, the Ministry of Human Rights, Parliament Committee on Media and Human Rights in order to make sure the Media Law will be fully compatible with the International Laws of Human Rights.

The Minister, requested that Somali Media, the Civil Society, all parts of the public and the International Partners supporting media submit their recommendations to the ministry of Information and Media Law in order to hasten the review and amend the articles in dispute.