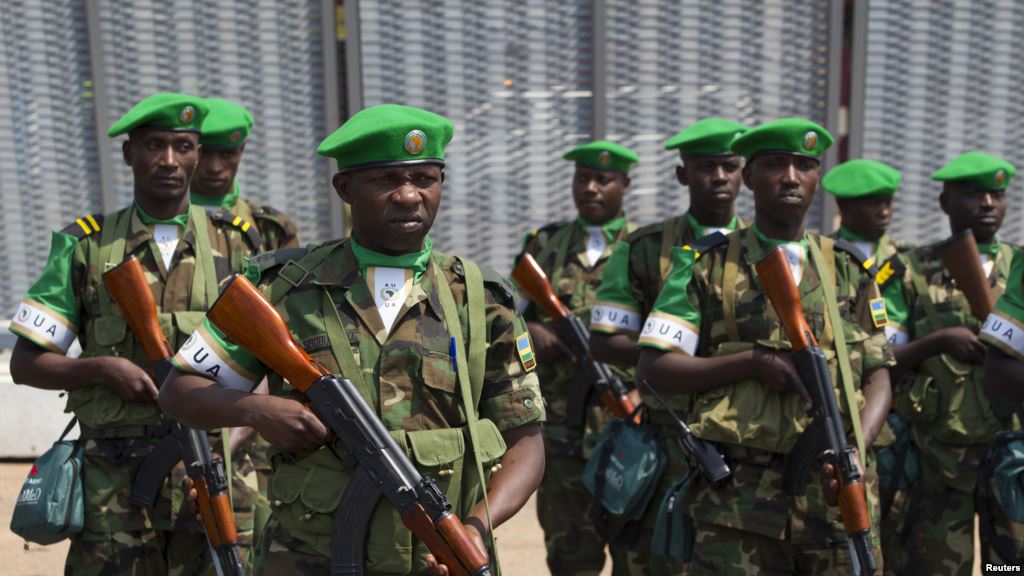 MOGADISHU – Withdrawal of African Union troops from Somalia may have impact on the security of the country as SNA formation of SNA is underway, UK said.

Speaking at the KDF School of Infantry (SOI) in Isiolo of Eastern Kenya, deputy British High Commissioner in Kenya Julius Court said his country is wondering whether the timelines of withdrawal of foreign troops from Somalia in 2021 would be suitable.

The ambassador said the exit of AMISOM will be dependent on the country’s stability.

“The UK continues to monitor the situation in Somalia. Our concern is for the country to achieve stability,” Mr Court said.

The remarks of UK come amid troops from AU are expected to hand over the responsibility of the country security to SNA as AMISOM’s mandate is coming to an end next year.

AMISOM troops were deployed in the country in 2007 to help the transitional government of Somalia secure the country.

These forces who were contributed by about six African countries had managed to train and helped SNA to liberate many towns including capital city from al-Shabaab fighters.

Currently, AMISOM has dozens of forward operating bases (FOB) in many regions of the Horn of Africa nation with thousands of soldiers from Djibouti, Kenya, Ethiopia, Uganda, and Burundi.