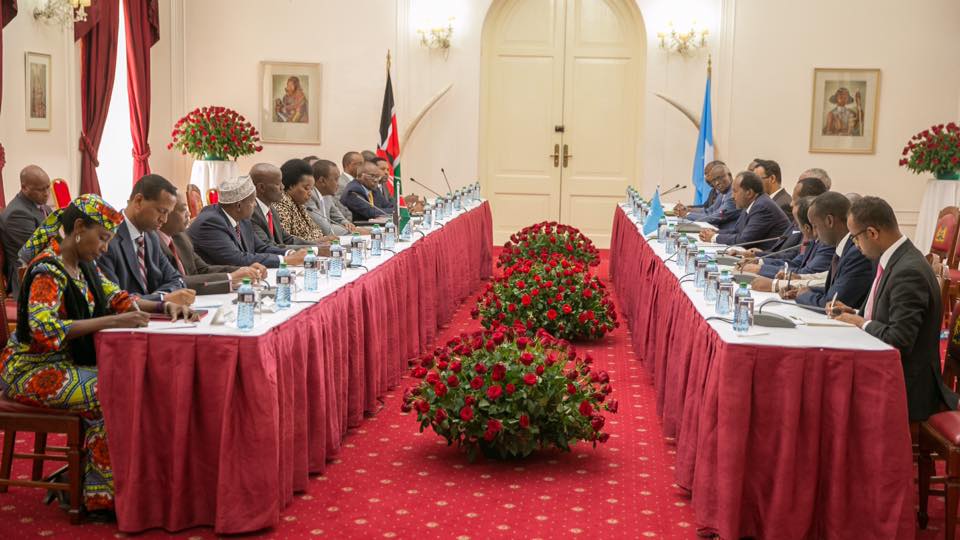 The talks between the two Presidents focused on the decision to close the Dadaab refugee camp, rules affecting aviation between Kenya and Somalia, and cooperation on security.

President Mohamud, who is on an official trip to Kenya and visited the Dadaab refugee camp on Monday, was accompanied by senior officials of his government.

Mohamud becomes the first sitting President of Somalia to visit the refugee camp for the more than two decades it has existed.

The two leaders will hold a second round of talks at State House on Wednesday.