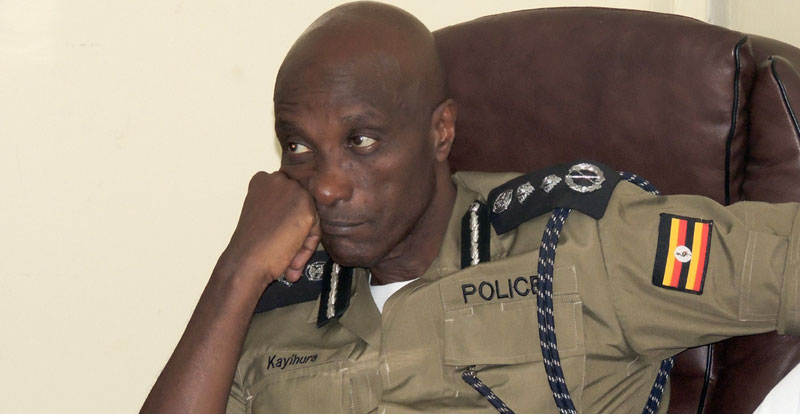 Uganda’s Inspector General of Police (IGP) Gen. Kale Kayihura is set to appear in court to answer charges of torture.

Gen Kayihura is expected before the Makindye Chief Magistrate’s Court on Wednesday, August 10, but a lawyer filed a petition in the Constitutional Court on Tuesday (August 2, 2016) seeking to block his appearance.

After the petition was not assigned a hearing date, Mr Robert Rutaro, the lawyer, sought an interim order to stay the criminal proceedings until his petition is heard and disposed of. He was due to file Friday, August 5, he said.

Mr Rutaro, a youth leader in the ranks of the NRM who until recently worked at the ruling party’s Secretariat, has already been forced to defend his interest in the case.

“I’m not working on behalf of anybody but myself as a lawyer and a concerned citizen who is keen to promote constitutionalism, the rule of law and democratic governance,” he said.

Mr Ruraro said there was already an ongoing trial before the Police tribunal and trying the same officers over the same facts before the Chief Magistrate’s Court raised issues of double jeopardy.

“We are praying the Constitutional Court to pronounce itself on this,” Mr Rutaro explained.

The summons to Gen Kayihura rose out of private criminal proceedings a team of lawyers instituted on July 21 against the IGP and seven other senior police officers.

Mr Kayihura was on Thursday, August 4, scheduled to appear before the Parliamentary Committee on Defence and Internal Affairs. He, however, did not turn up as he was said to have been out of the country.

Last month Parliament condemned the brutality meted out by the police to supporters of Dr Besigye after he had been freed from prison.
However, President Yoweri Museveni at the conclusion of a Cabinet retreat on last week (July 31) blamed the police brutality on Dr Besigye.